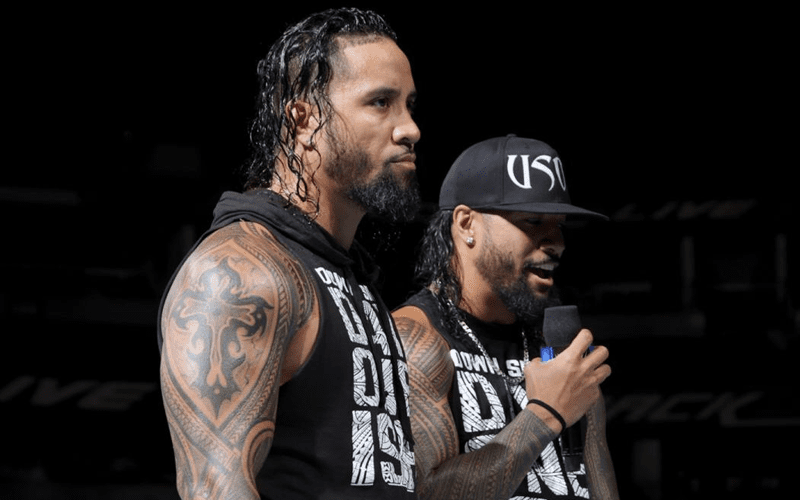 The Usos have not been seen in several weeks which is not a good sign for a WWE tag team, especially one of the most gifted teams on the planet.

Jimmy Uso’s recent DUI arrest got a lot of publicity, and then they took a break from television as Brad Shepard previously reported. It appears that their time off from the road could be coming to an end soon enough.

The Wrestling Observer Newsletter reports that The Usos are expected back in a could of weeks. Hopefully, they will be able to put any messy legal issues behind them and get back their focus as one of the top tag teams in pro wrestling today.

The Usos are out of action after Jimmy’s most recent DUI arrest. They are expected back in a couple of weeks

We’re wishing the best for the Usos, because they really are amazing, but personal issues have gotten in the way of incredibly talented people in the past. We also wonder what has happened to Naomi as she hasn’t been seen on WWE television since July.