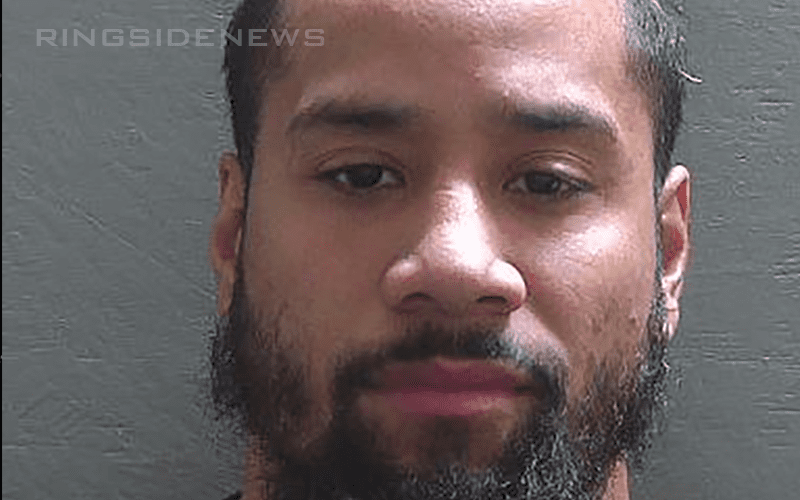 Jimmy Uso was busted for DUI and this is a very serious situation. It didn’t seem to change his status with WWE though as he was wrestling the next week on Raw. However, there are reportedly still those in the company who are concerned.

Brad Shepard said on Oh, You Didn’t Know that the backstage perception of Jimmy Uso’s recent arrest has been one of disappointment. The Usos are well-liked, but this pattern of behavior is not the best look.

He also went into WWE’s typical response about how Superstars are responsible for their own actions and how much longer that will hold water.

“Lots of disappointment in Jimmy Uso according to a source in WWE. Everyone likes the Usos and were sad to hear about the DUI. So again, I’m waiting to hear an update on if there will be time off as originally expected and we’ll see, but obviously they’re well-liked and everyone was disappointed in frankly what has turned into a pattern of behavior with alcohol.”

“It brings up a larger question. WWE’s general new statement now is basically, ‘so and so is responsible for their own actions.’ Well, it’s true, but at the end of the day when they’re contracted with your company they represent your company and they work for your company you’re invested in what they do and then it is part of your business, right? So, you know it makes you wonder how long they can get away with, ‘Hey, Jimmy Uso is responsible for his own actions every time he’s arrested’ before they have to say, ‘Hey enough is enough here we gotta cut ties.’

Hopefully, Jimmy Uso will be much more careful in the future and this kind of thing never happens again. He’s risking a lot more than his own safety and career when he makes these choices as well.

We can only hope for the best as WWE continues to hold him responsible for his own actions outside of the ring.