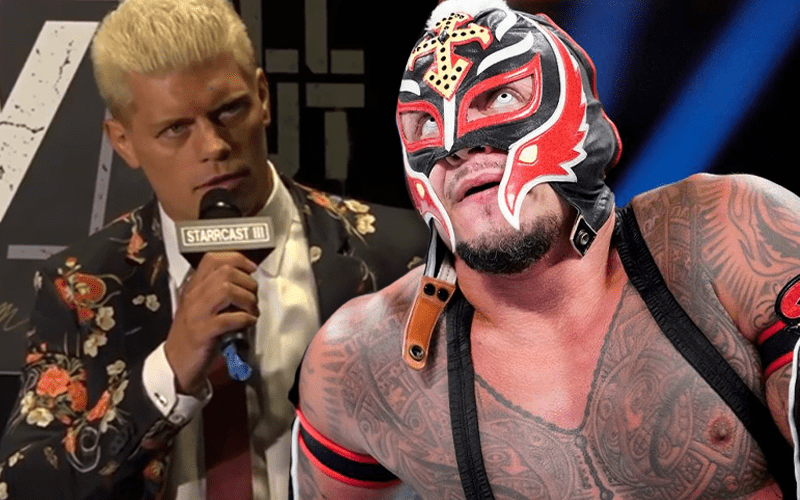 Cody Rhodes told a great story about how Mysterio helped make his career during his live show at Starrcast III.

Rey was standing around the ring before a WWE event years ago and told Dean Malenko that he’s going to wrestle Cody at WrestleMania. This was a big deal for Cody and helped make him.

Rhodes revealed that the only bad thing he can say about Mysterio is that he still sends him texts where his name is spelled “Codey.”

The American Nightmare closed up everything he had to say about Rey Mysterio by revealing that if WWE doesn’t know how to use Mr. 6-1-9 then AEW would love to have him.

“I hope they do right by Rey, because if they don’t I’m gonna steal that son of a bitch right off of them. Hashtag contract tampering.”

Cody Rhodes had made some comments previously about learning about contract tampering the hard way, therefore, this was a call-back joke. One thing you can’t take as a joke is how serious Cody seemed about stealing Rey Mysterio away from WWE if they continue to misuse him.