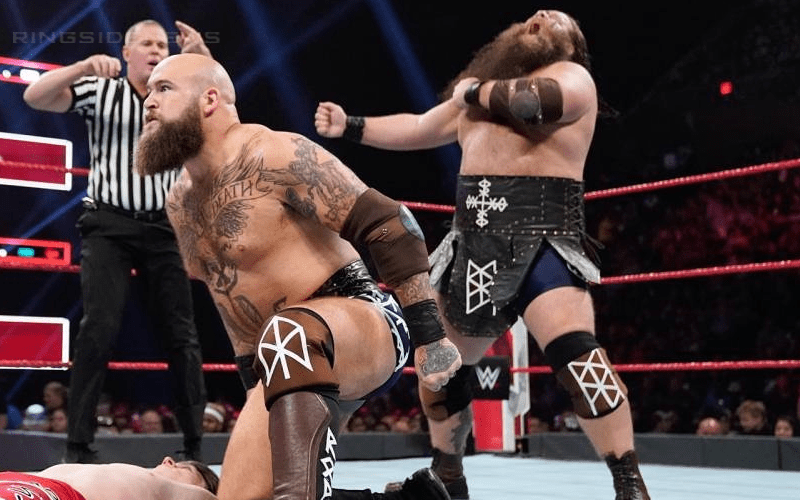 WWE has a history of making changes to better fit their stories and last night was no exception.

The Viking Raiders and The OC battled to a double DQ last night which eliminated both teams from the tag team turmoil match. That was not the original plan for Erik and Ivar last night in New Orleans.

PW Insider notes that WWE had initially scheduled an enhancement tag team match for The Viking Raiders, however, those plans did not happen. Instead, the former NXT Tag Team Champions were placed in the tag team turmoil match.

We’ve seen the Viking Raiders take out plenty of enhancement teams in the past, therefore, watching them mix it up with The OC was a real treat. Those two teams also have some history with each other which will be amazing to re-visit in a WWE ring.

The Viking Raiders didn’t seem too happy about how their time in the tag team turmoil match ended either. They put every tag team on Raw, SmackDown, and NXT on notice as well. This appears to just be the beginning of Erik and Ivar’s rise to the top of the Raw tag team ranks.