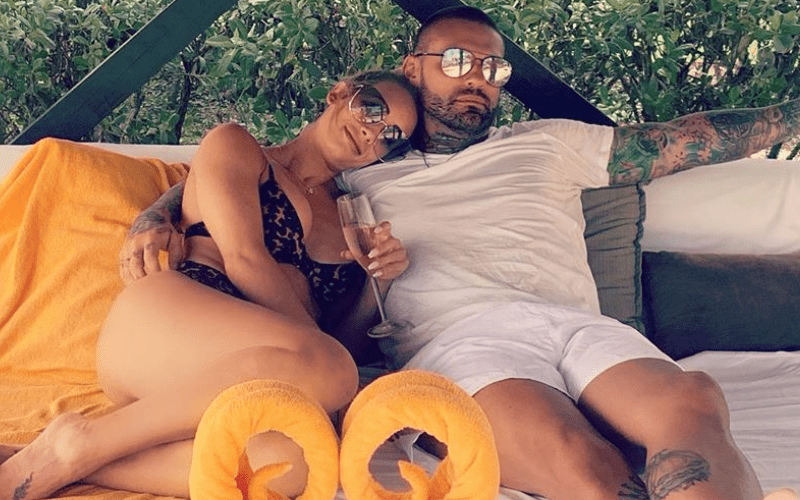 Couples in WWE are treated in different ways, with some being showcased for the world to see by the company, whereas others like to keep things a bit more private.

For the most part, the newly formed relationship of Carmella and Corey Graves hasn’t been thrown in the face of the WWE Universe – and that’s great news for both of them. They’ve been given the time necessary to build a strong partnership as a couple, and it seems like the only way is up for them.

As you can tell by the following tweets from the former SmackDown Women’s Champion, things continue to go from strength to strength.

Some fans have taken it upon themselves to question the validity of their relationship, given the manner in which it started, which certainly seems like a pointless exercise designed to try and create tension between them.

One way or another the nature of social media is going to ensure that we continue to see and hear about what’s going on in their personal lives, but beyond that, it’s really their business what they choose to tell the world about this new romance.

With Carmella teasing that the whole thing will end up playing out on the new season of Total Divas for everyone to see, it’s safe to say that WWE are doing everything they can in order to boost the potential for a strong viewership as the show enters Season Nine.

Even if you aren’t a fan, let’s not pretend like you won’t tune in for an episode or two.