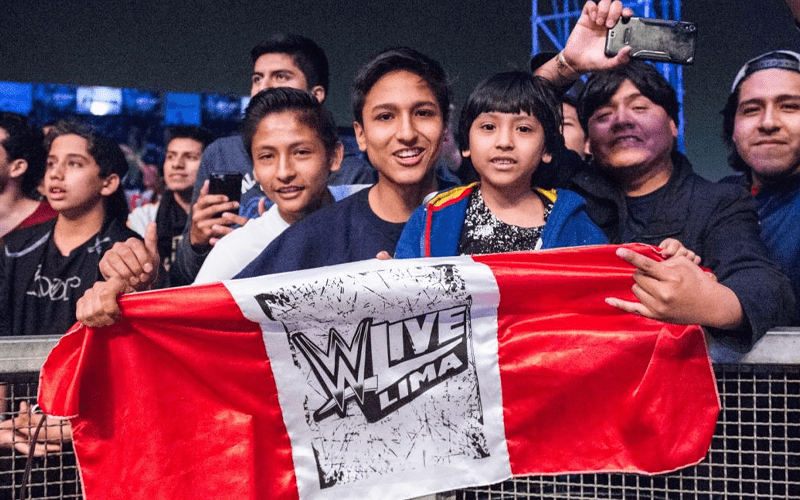 WWE Superstars experience a lot of interesting situations on the road, especially when they tour outside of the United States.

While WWE has received amazing crowds on their latest tour in South America, Brad Shepard reports that some people didn’t realize that they were set to wrestle in an outdoor setting during their Lima Peru event

File this one under interesting, but the #WWE Live Event in #WWEPeru is outdoors, and quite a few people in WWE found that out as they arrived for the show. The forecast is 60 degrees and cloudy, with a misty overcast!

You would think that it would change a lot about what you want to do in the ring if it’s “misty overcast,” especially if you’re a high-flyer. It seems like they were able to make it work, but apparently, the company didn’t let everyone know about the conditions until they showed up.