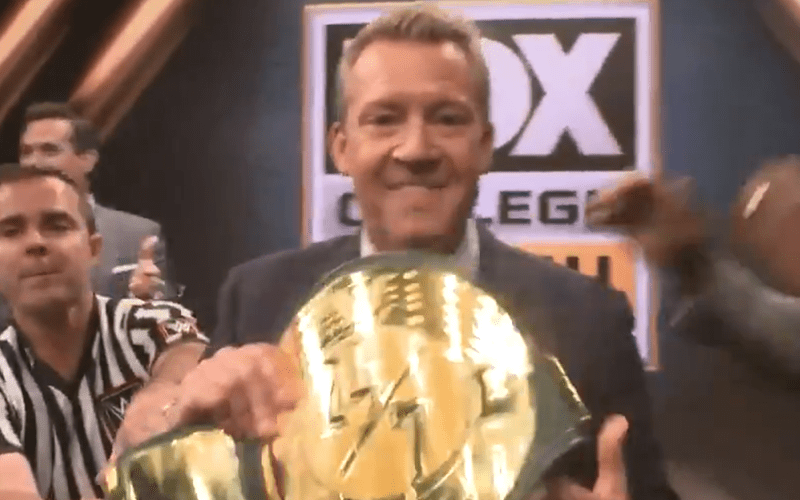 WWE has made several interesting decisions regarding the WWE 24/7 Title, but this might be a real stretch.

Fox Sports commentator Rob Stone has now won the WWE 24/7 Title. As we previously reported, R-Truth was able to pin Elias earlier today. Then R-Truth lost it to Rob Stone.

Stone covers Major League Soccer, NCAA, and NFL football for Fox Sports. He has also covered PBA bowling, but now he has a new expertise.

It looks like Drake Maverick isn’t going to give Rob Stone a break, because he has now altered his wanted poster. Let’s just see where things go from here.

Those posters might have been premature, because Elias was able to swoop back in and win his title back.