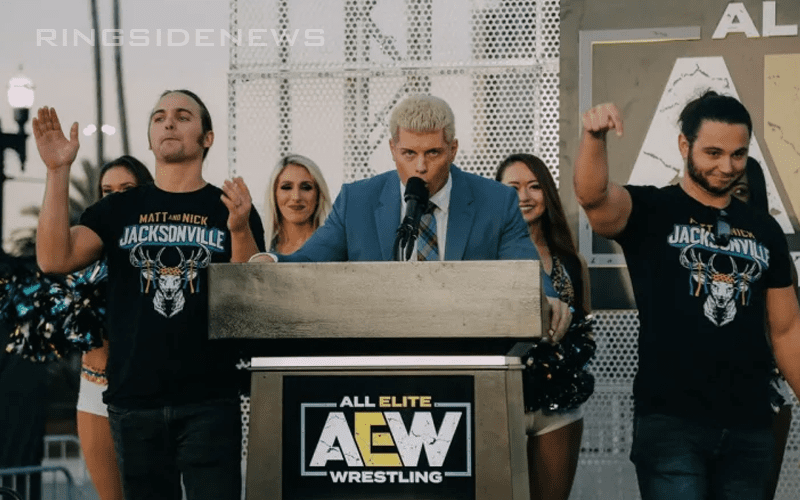 AEW is going to debut on TNT starting on October 2nd, but WWE wanted to get NXT on television before them.

WWE is reportedly starting NXT on the USA Network starting on September 18th. This is two weeks before AEW begins on TNT, but Nick Jackson was very blunt when replying that they aren’t scared.

AEW released the next two cities for the AEW television show today. If tickets fly out of the ticket office for Pittsburgh, PA and Charleston, WV like they did with DC, Philadelphia, and Boston then they really have no reason to be scared.

We’ll have to see what other tricks WWE might try to pull because they have more ammunition ready to fire in the Wednesday Night War. In the meantime, we can at least appreciate the fact that there will be more wrestling on television than ever before.