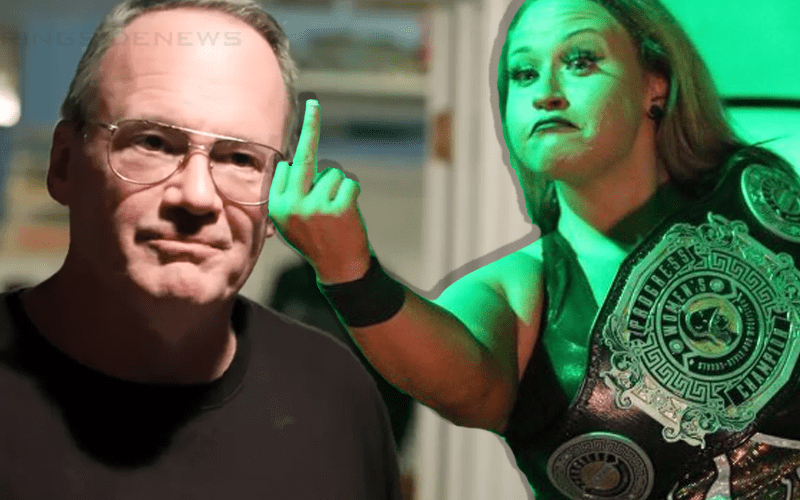 Jim Cornette has a reputation of speaking his mind and it looks like it caused a big of controversy once again.

Cornette has done battle online with plenty of pro wrestlers that he does not respect. This includes everyone from Joey Janela to Joey Ryan. Apparently, Jim Cornette just isn’t a fan of any wrestler named Joey.

He’s not a big fan of Impact Wrestling Knockout Jordynne Grace either. Because she tweeted something out in March 2018 that Cornette didn’t appreciate.

I am 100% for calling wrestling a “performance art” rather than a “sport”. The insistence upon calling it a sport is really holding wrestling back in my opinion. Discuss with me.

This was an old post from 2018, but it just recently set Twitter on fire with Jim Cornette’s reply. Plenty of fans have now piled it onto Cornette including other wrestlers like David Starr.

Jordynne Grace asked Corny how he even has a job anymore and the MLW announcer replied saying:

A lot easier than YOU have a “job”, cause I take my business seriously & don’t present myself as an “actor” or a “performance artist”, unlike you & your cosplay friends. Not sexist, just fact. And Sherri Martel could have kicked the shit out of you without even trying. So fukawf.

Cornette also replied to a picture of Grace by asking: “Is this a scene from a new science-fiction movie about alien spores who come to Earth and grow into cosplay rasslers?”

You can check out a few of the reactions to Cornette and Grace’s beef below. No matter what they say it probably won’t alter his opinion on backyard mud shows which is what he calls most indie wrestling events.