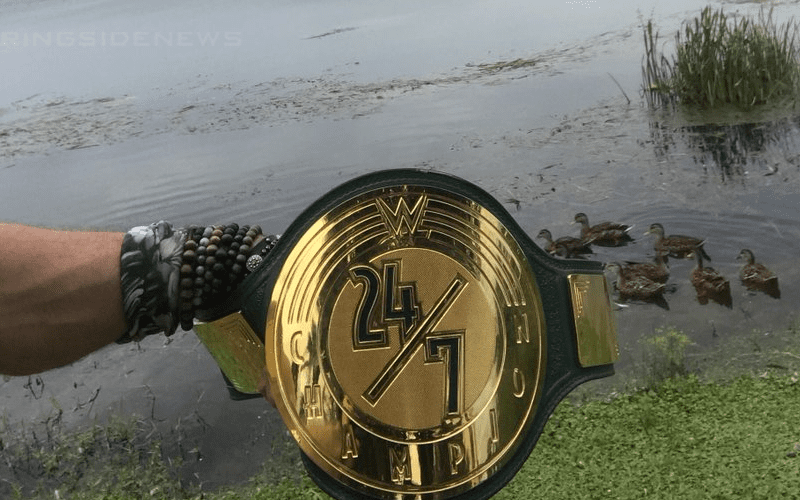 “Stone Cold” Steve Austin caused a lot of buzz when he threw the IC Title off a bridge. It looks like Elias might be teasing to do something similar only not as dramatic.

Elias is the WWE 24/7 Champion and it seems like he will be much harder to beat than R-Truth or Drake Maverick. Because he’s not willing to sell a schoolboy pin.

Elias just recently posted a photo on social media where he had his 24/7 Title in front of a pond.

Since I’m champion 24/7 anyways, I might just give this belt to one of these ducks.

It seems like Elias could be toying with the idea of feeding some ducks with the WWE 24/7 Title. We’ll just have to see what happens, but if Elias destroys the WWE 24/7 Title then that might not only be a great way to write the title off of television, but it could also generate a ton of heat for Elias.