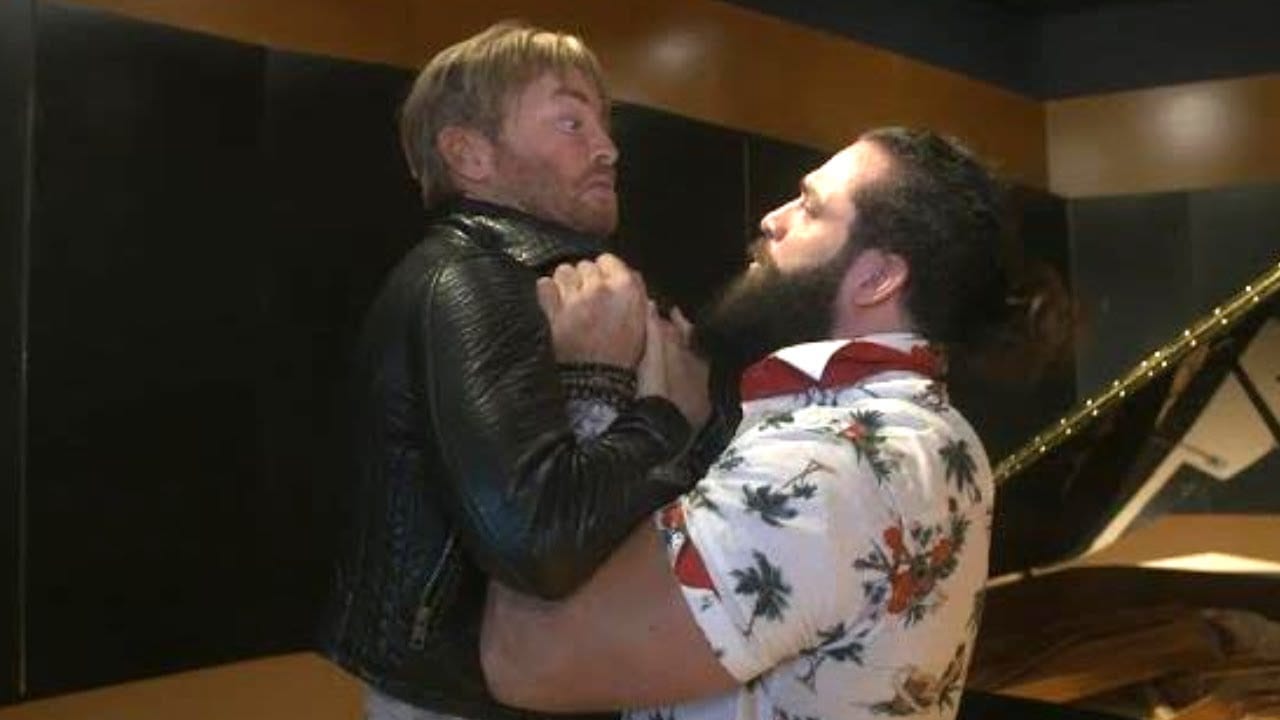 Elias’ first album “Walk With Elias” was apparently successful enough to warrant another release from the WWE 24/7 Champion. So Elias thought he would give people a peek inside the recording studio while he worked on an upcoming project. Little did he expect that Drake Maverick is a music fan as well.

After Elias showed off on the guitar for a bit he moved on to the piano. Then Drake Maverick showed up and tried to roll Elias up with a schoolboy pin, but it didn’t work.

Instead, Elias just beat Maverick around the studio and then he kicked him out of the door into a hallway. Then they ended up in the studio next door where we could see Drake Maverick take a terrible beating through the glass partition.

After Elias was finished with Drake Maverick, he went back to rocking out in the studio. Apparently, Elias is going to be a tougher 24/7 Champion for Drake Maverick.