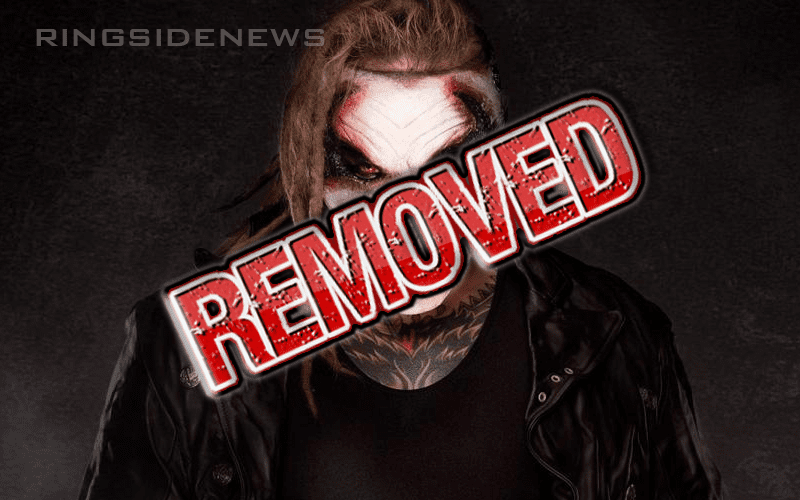 Bray Wyatt’s Fiend entrance at Summerslam was very well received within the pro wrestling bubble, but maybe it was too hot for some general audiences.

WWE recently uploaded Bray Wyatt’s new entrance video. Then hours later, they deleted that video. It is very interesting that they would do this, but it seems like his Titantron video might need some alterations.

This used to be the link for the video before they deleted it: https://www.youtube.com/watch?v=dHEr8HsqEFY

We’ll keep an eye out for any more signs from The Fiend. People are obviously loving the Firefly Fun House as they bought up all the merch they could. However, Wyatt’s absence from Raw last night is very interesting as well. Hopefully, WWE has something planned for Wyatt on SmackDown Live tonight.