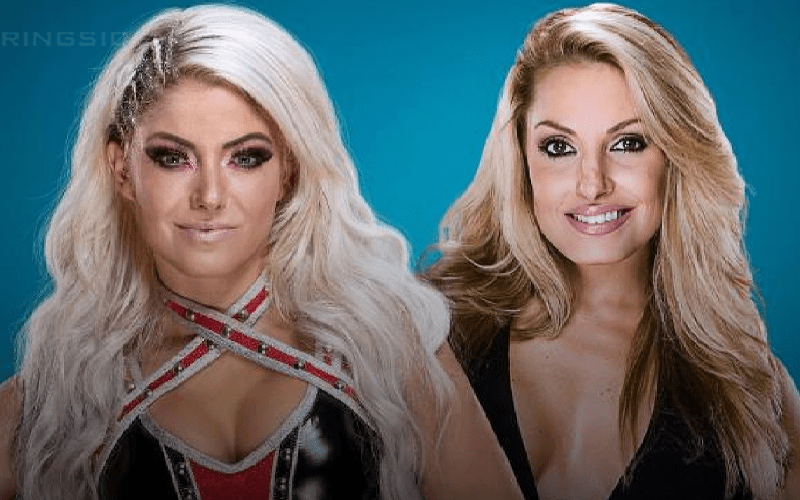 Trish Stratus had her final match at Summerslam. However, losing to Charlotte Flair in Toronto might not be her final chapter as an in-ring competitor if Alexa Bliss has anything to say about it.

We previous reported that Trish Stratus wants to have a match against Alexa Bliss. This could make up for the fact that Bliss was pulled from her Evolution tag team match where she would have gotten to wrestle Trish Stratus and Lita.

While speaking to Muscle & Fitness, Bliss only had one name to reply when asked what legend she wants to face.

“Trish Stratus, because I didn’t have my match with her at Evolution.”

Trish Stratus vs Alexa Bliss would probably tell a great story in the ring. The unfortunate part is that Trish seems to have retired. You can never say never in WWE though because if given the right situation then this match is always possible.