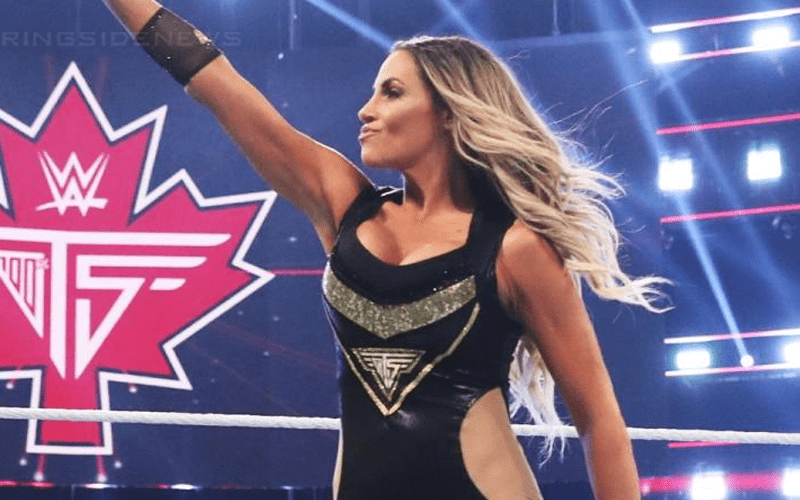 Trish Stratus wrestled her retirement match at Summerslam, but there’s another match she would love to do as well. You never know if it might be tempting enough to pull Trish out of retirement for it if WWE could work it into the plans.

Tom Colohue reports that a source in WWE stated that Trish and Alexa Bliss talk frequently and want to do a match. Bliss is a huge fan of Stratus so this could be a dream match for her as well. After all, Bliss was supposed to wrestle Stratus at Evolution, but she couldn’t work the event due to a concussion.

“They both talk about the match all the time. It was a missed opportunity. They still want to make it happen but who knows when the chance will come again.”

This is very interesting and makes you have to wonder if Trish Stratus declaring her retirement might have been a smart move. After all, she could have a lot more leverage after publicly announcing that she wrestled her final match.

Perhaps Trish vs Bliss could happen one day, but at least it’s a match that fans can live on with WWE 2k video games for now.