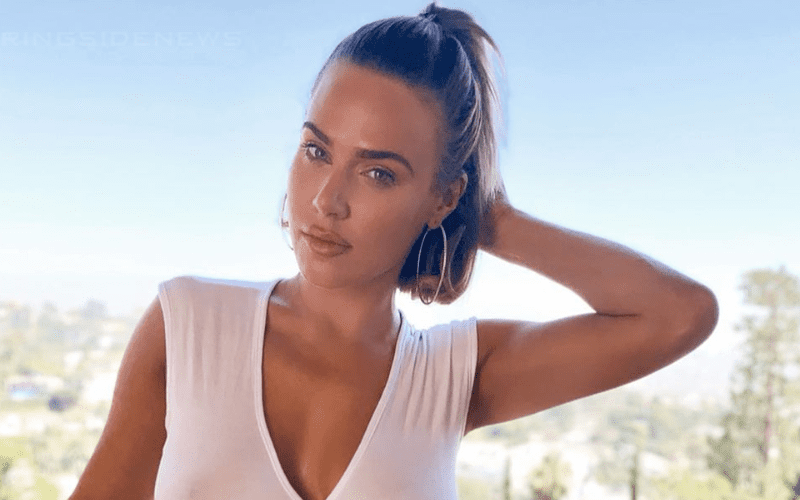 Lana and Rusev are both enjoying their time away from WWE, but it seems like The Ravishing Russian has entered a mode where she could care less about what people think about what she puts up on social media.

She might be wanting to show WWE what they’re missing out on by not using her. Because Lana is gaining attention in a big way on social media. She is extremely body positive as well. One recent Instagram post had a lot of people talking.

Lana posted a series of photos of herself wearing a white shirt and it was very sheer. Some fans have called her out for about with comments like: “Girl do u still work for WWE? U look more like a IG model now” and “This is no way to get on the company’s good side… or is it?”

Other people are just making blatant posts calling out her see-through shirt. However, a lot of other people are in full support of Lana’s right to post whatever she likes on social media as they should be.

Still some were answering her initial comment in the post which was: “Any suggestions for Netflix or Hulu this weekend?”