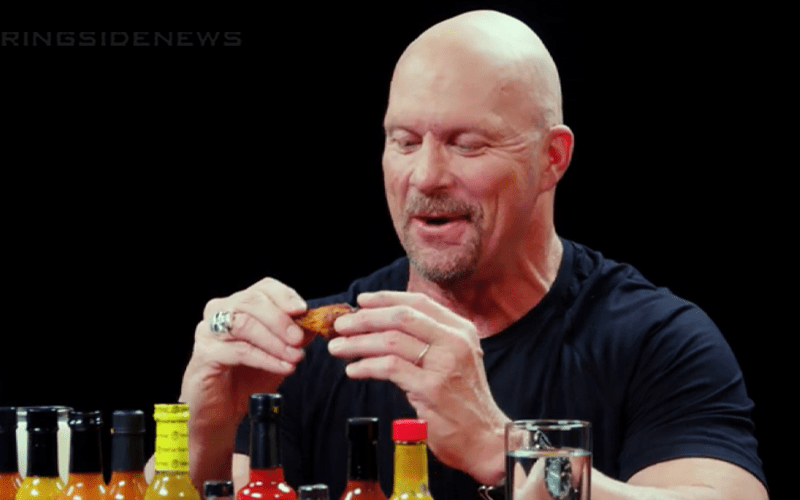 First We Feast has uploaded a new “Hot Ones” video starring The Rattlesnake sweating in a big way. He’s not perspiring because of any kind of action in the squared circle though, because the only thing that made Austin sweat this time were the outrageously hot chicken wings.

Sometimes things can be so hot that it’s mean, that’s the way Steve Austin likes it in the ring, but by the end of this interview he had to admit that he doesn’t like hot things. It’s hard to do an interview while you’re chomping down on flaming hot wings, but Austin was able to make it happen like a real pro.

He dished about his life inside and outside of pro wrestling, but by the end of his interview the wings got incredibly hot. “My damn nose is running, but I haven’t even got it to my lips yet,” Austin remarked before taking a bite from an especially hot wing.

During the interview, Austin counted his own heartbeat. The wings got so hot that he had to ask if they were spiked with amphetamines. Of course, they weren’t, but it didn’t change how hot is was for Steve Austin to do this particular interview.