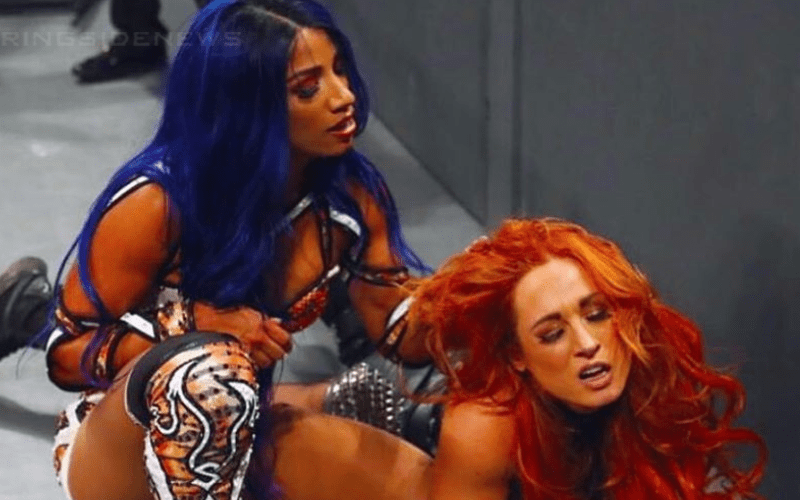 The return of Sasha Banks to Monday Night RAW last night served as a welcome breath of fresh air, as The Boss made a real statement by attacking both Natalya and Becky Lynch.

Lynch has made it clear in recent interviews, especially over SummerSlam weekend, that she isn’t all too pleased or impressed with how Banks has been acting ever since she began her hiatus from the company after WrestleMania 35.

Now, one of the biggest questions is going to be what kind of alignment both women are going to have. It seems like Sasha will be a heel, but you just never know for sure when it comes to WWE.

One comment that the Lasskicker made recently was concerning captions of this nature from Sasha, mocking her for how she seems to have become one with nature. As you can see, Banks was more than happy to offer her a receipt for those comments.

We can only imagine that the teasing and mocking which has stemmed from this behaviour will continue until RAW comes around again next week, and with another pay per view being on the horizon, it feels like an inevitability that these two women will square off for the RAW Women’s Championship.

If they do, we would hope to see WWE bring up their past from back in NXT, which is where Sasha helped to ‘train’ Becky in storyline before the two squared off for the NXT Women’s Championship.

Either way, we’re excited to see where this goes.