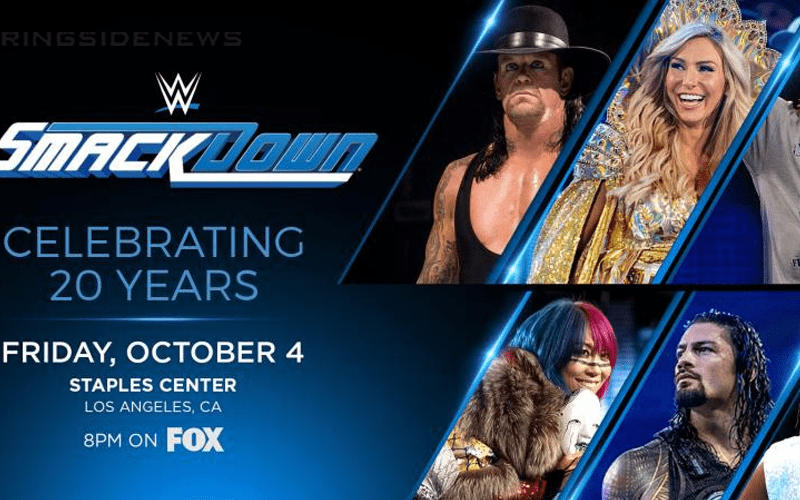 SmackDown Live is moving to Fox on October 4th and that seems like the perfect time to celebrate the show’s 20th Anniversary.

In reality, the 20th Anniversary of SmackDown was on April 29th, 2019, but October 4th is close enough. The show was actually picked up as a series that first aired on August 26, 1999 which is a little bit closer to October 4th.

WWE announced this big show and promoted several special guests. Of course, they want The Rock to show up since the show was named after him, but he’s very busy. So he might show up, but at this point at least we have several big names confirmed for the show.

We’ll have to see who else WWE will get to show up at the big SmackDown debut on Fox, but they’re obviously going a very long way to make sure that this show is worth tuning in for.