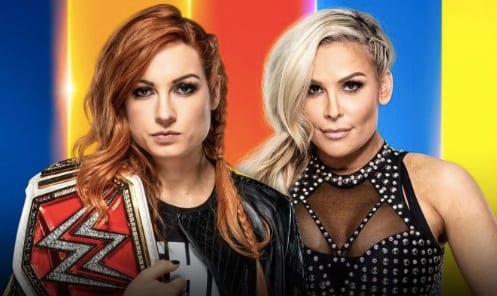 As seen on Sky Bet, the betting odds for Becky Lynch vs Natalya at WWE SummerSlam have been released.

While many fans weren’t too sure what to expect out of this Becky Lynch & Natalya feud, it’s safe to say that they’ve surprised a lot of people with the level of intrigue and commitment that they’ve built around this RAW Women’s Championship match.

As two of the most technically sound wrestlers on the women’s roster, too, it feels like this submission match is really going to showcase the very best of both stars – on one of the biggest stages of the year, too.

Lynch is currently the strong 2/7 favourite to walk out of Toronto with the RAW Women’s Championship, whereas the Queen of Harts is a 5/2 underdog to cause the upset and win the strap.

Even if Nattie doesn’t end up winning the belt, it’s safe to say that this program has really elevated her in terms of fans viewing her as a main event star once again. Plus, they’ll be in Canada, so the fan reactions to both women are going to be really interesting to see.

We aren’t so sure where the placement of this match is going to be on the card, however, as this year’s SummerSlam is so incredibly stacked – and even that may be an understatement.

Becky’s title reign has been pretty hot and cold up to this point ever since she won the title back at WrestleMania 35, but a win over Natalya could be exactly what she needs to get herself back on track.