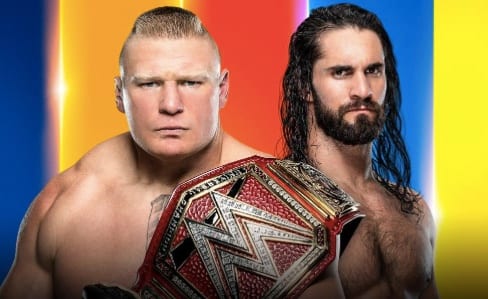 As seen on Sky Bet, the betting odds for Brock Lesnar vs Seth Rollins at WWE SummerSlam have been released.

Ever since Brock Lesnar cashed in his Money in the Bank briefcase and regained the Universal Championship, a lot of fans have been wondering the same thing: when is he going to lose the strap again?

The primary reason for that is due to Brock not really appearing on WWE television much with the belt in his last two reigns, which has been seen as a big knock on his time in WWE. Now, though, Seth has the chance to remove that threat once and for all at the biggest party of the summer.

At this moment in time The Beast Incarnate is the 8/15 favourite to retain the Universal Championship, whereas Seth is priced as an 11/8 underdog.

Regardless of who comes out on top in Toronto, the general hope for many fans is that this feud comes to an end after this match. While their encounters have certainly been entertaining, the repetition of seeing these two go at it has cast a shadow over all of the great work they’ve done together.

If Brock does win then we can probably expect to see him take some time off until around Survivor Series, when he’ll likely return to take on whoever the WWE Champion is at the time.

If Rollins picks up the win, then we can only hope he is booked in a way that makes him feel like a strong champion.