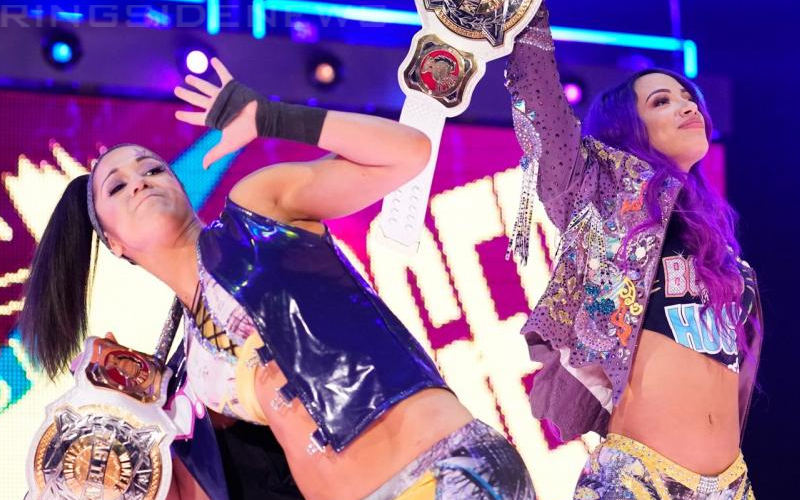 Bayley is SmackDown Women’s Champion, but the Women’s Tag Team Titles obviously still mean a lot to her.

Alex McCarthy recently spoke to Bayley and she expressed disappointment that the company didn’t give their Women’s Tag Team Tiles more of a shot. She didn’t get a good run with Sasha Banks as champions and the IIconics run was lackluster at best.

Bayley said she felt like the Women’s tag titles deserve more. “We thought Sasha and I would be given that chance and we weren’t. We then thought the IIconics would get that chance, they didn’t really.”

It should probably be noted that WWE had apparently planned a Bella Twins return as we previously reported. Since Nikki Bella discovered a cyst on her brain that nixed those plans. So, Peyton Royce and Billie Kay were floating around out there just doing fun backstage segments. Still, Bayley wishes WWE would have done more with those titles.