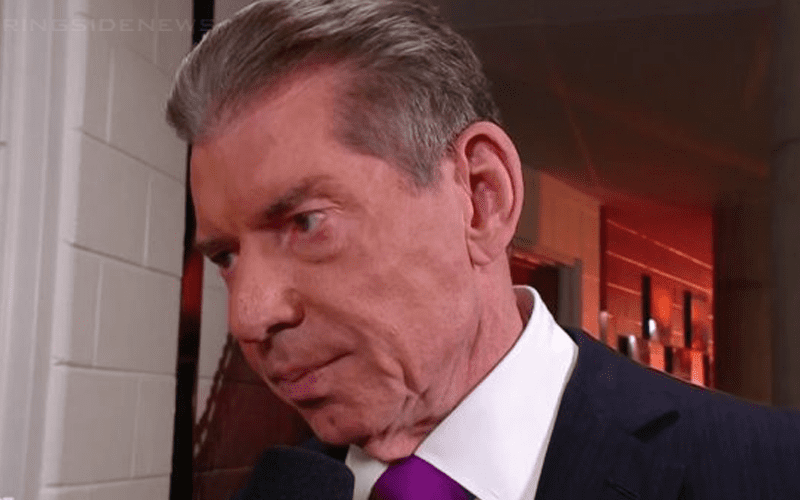 Vince McMahon runs WWE with his legendary decision making skills that can sometimes be a bit questionable. Jimmy Jacobs worked as a writer in WWE for a while until he was fired for taking a picture with The Elite. He knows a thing or two about a person he calls “the crazy man.”

While speaking to Chris Van Vliet, Jimmy Jacobs went into detail about the culture WWE breeds backstage. There are fun elements, but overall, everything is about trying to avoid Vince McMahon’s wrath.

“It was just not a healthy work environment for me. I don’t want to speak for them, but people in WWE generally it doesn’t seem like a work environment conducive to people’s like people feeling good, enjoying themselves. It breeds a lot of insecurity, a lot of discontentment… a lot, yeah.”

“A lot of it’s cool, a lot of WWE is really fun, except for there’s like this one black cloud that hangs over the entire place and that’s the crazy man. It just creates this environment where people aren’t trying to do their best. They’re not trying to come up with the best segment, or have the best match, or do the most creative thing, or do what’s best for the fans. It’s just like, ‘what’s the crazy man not going to yell at me about?'”

“That’s it man. That ain’t no way to run that place. So, he can bring in Paul Heyman and Eric Bischoff and you know, whoever he wants — Bill Watts and whatever bookers from the past… he could move all the pieces around, but as long as ‘this piece’ is on the board the game’s gonna get played the same, man.”

Vince McMahon claimed on the investor’s call that he brought in Paul Heyman and Eric Bischoff so he wouldn’t be in the weeds. It seems as if this might not change until Vince McMahon makes a big decision to change himself. Because the system he created backstage doesn’t seem to be working.