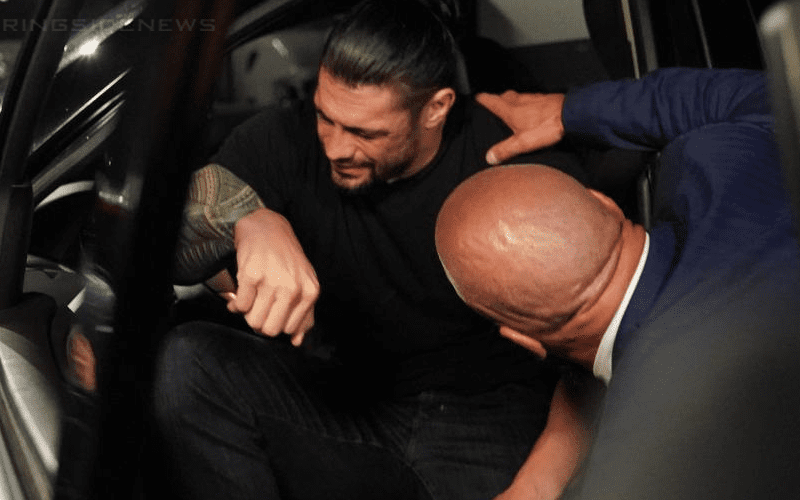 WWE Raw featured a very interesting segment this week as Roman Reigns nearly avoided tragedy and losing his life. Because a car came out of nowhere and smashed into him. He’s not happy at all about this.

The company updated fans about Reigns’ condition following the hit and run last night. They stated that there are no permanent injuries and he was released after being checked out by WWE’s medical staff.

UPDATE: Roman Reigns was involved in a hit-and-run earlier tonight. He narrowly escaped what could have been a permanent injury but was checked out by WWE medical staff and released to appear tomorrow night in Detroit for #SDLive.

Roman Reigns reacted to this report by saying: “Definitely not an accident.” We’ll just have to see what kind of mood The Big Dog is in tonight, but judging by the “cursing angry face” emoji he included with his tweet it’s not likely that he’s in a good one.