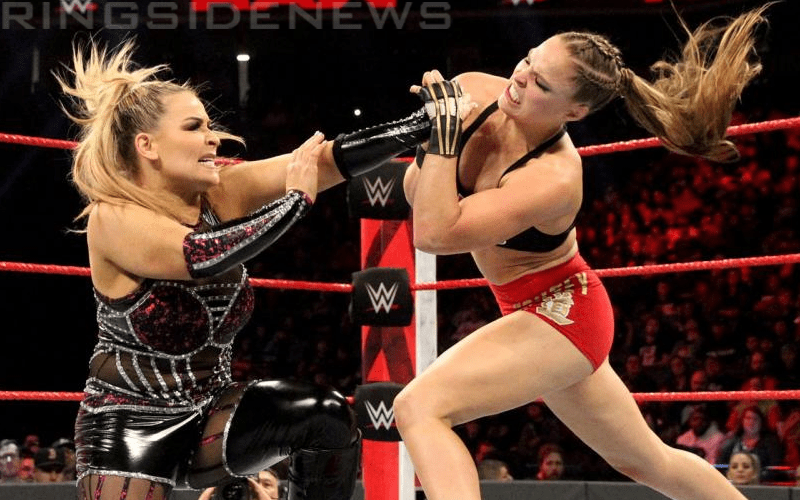 Ronda Rousey hasn’t been seen on WWE television except for promo videos since WrestleMania. She’s been enjoying her time at home, but even Rousey put out a strong teaser video that she misses wrestling.

While speaking to the New York Post, Natalya spoke about her friend Ronda Rousey. She said that Rousey has unfinished business in WWE and misses being in the ring. Therefore, it would be a big surprise if Rousey’s hiatus comes to an end before some expect it.

“So I believe that that right now is her main focus, but I also think she still has a lot of unfinished business is WWE and so, for me, because she kind of fell in love with it more than she even realized she would, I think she’ll be back, but it’s all about timing and I just think her family is coming first right now and I think every woman can relate to that.”

We will have to wait and see whether WWE brings Ronda Rousey back anytime soon. She could probably make that decision at any time and Vince McMahon would certainly work her into the storyline. She doesn’t even need to be chasing a title because any involvement from the Baddest Woman On The Planet could go on to really help WWE at a time like this.