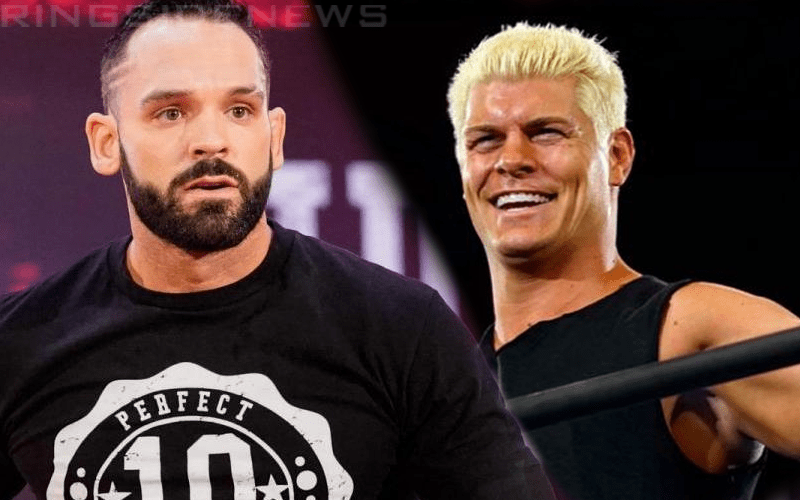 WWE has dropped the ball with several Superstars over the years and Cody Rhodes knows all about that. As he recently spoke to Busted Open Radio, he explained that he can definitely understand where Shawn Spears is coming from.

Tye Dillinger might have recently achieved a lot of notoriety in AEW with that Fyter Fest chair shot, but Cody Rhodes expanded on how their careers are paralleled in a lot of ways.

“It took a snap of a finger and it took ten staples to the back of my head. I think the answer with how somebody like Shawn Spears goes from toiling in obscurity from the middle card, I should know that answer better than anybody because I was toiling in the middle card.”

It’s crazy that WWE let Tye Dillinger go, but they learned a lesson in the process. Now AEW has a top star that WWE never capitalized on after years of having him on their payroll.

WWE doesn’t seem to be granting any releases now and will come up with any reason to keep someone under contract by extending their deal because of any missed time. They did that to Harper, Dash Wilder, and god only knows how much time they plan on adding to the back-end of Sasha Banks’ contract due to her current hiatus.