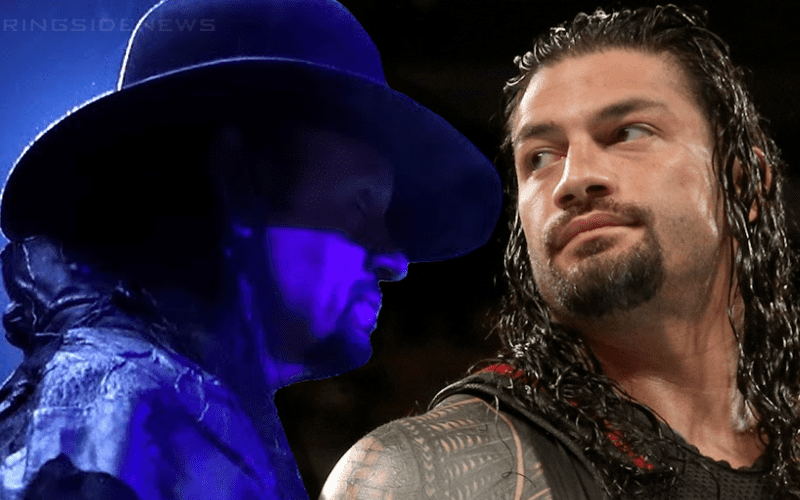 Roman Reigns recently teamed up with The Undertaker at WWE’s Extreme Rules event. They were able to pull off a big win and Taker seemed satisfied with his performance, but it was Reigns who learned the most.

While speaking to Complex, Roman Reigns mentioned working with The Dead Man and how much he learned while working with the legendary Superstar. Because Reigns comes from a new generation of Superstars who haven’t really received the opportunity of working with The Phenom.

“It was awesome. I’m not a new performer, but I’m from the new generation of performers. And I’m one of the very few who have been able to interact with The Undertaker in the ring. I’m one of the few to be in that ring when he makes his entrance.” He would add, “You just learn so many different things from watching him. You just see how his pacing, his poise, his cadence, all of that.

The Undertaker was not booked for Summerslam which is an interesting fact since he just completed at Extreme Rules and Super ShowDown in Saudi Arabia.

Perhaps this is part of the smarter schedule he was talking about. However, judging by the fact that The Undertaker is essentially under a lifetime WWE contract, it’s very likely we’ll be seeing him again.