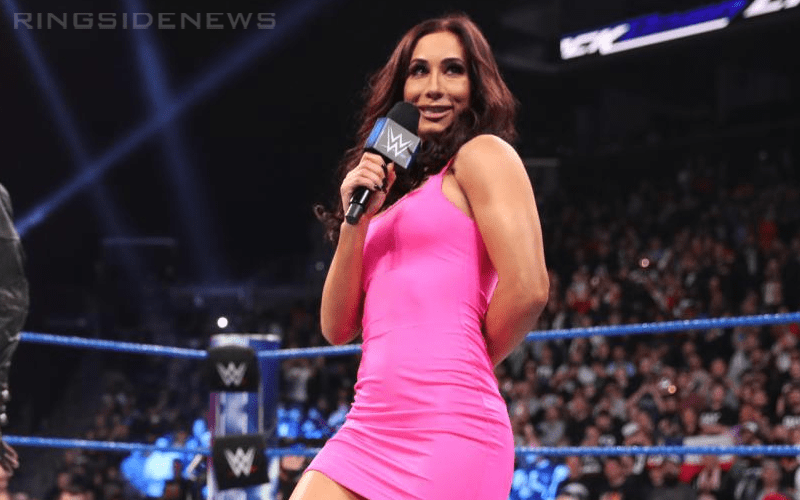 Carmella seems to be experiencing an on-going surge in popularity that isn’t slowing down at all. She is also apparently incredibly over backstage. This has nothing to do with her relationship with Corey Graves either because Mella has worked very hard at becoming the WWE Superstar she is today.

We previously reported via Tom Colohue that Carmella is said to be the best argument for keeping the Wild Card Rule alive. She is also viral to the current WWE 24/7 Title storyline.

Brad Shepard confirmed this previous report and said the backstage standpoint is that Carmella has “killed it.” He also expanded saying that his source confirmed that Mella might have a WWE 24/7 Title run in her future as well.

Not only is Tom Colohue’s report right about Carmella, but a source in #WWE told me she’ll eventually win the 24/7 title herself off of R-Truth.

Things are definitely interesting with Maria Kanellis as the first-ever pregnant champion in WWE. Because now everyone seems to be afraid to pin her. It might not be a good idea to write Carmella out though because she likely isn’t leaving the picture any time soon.