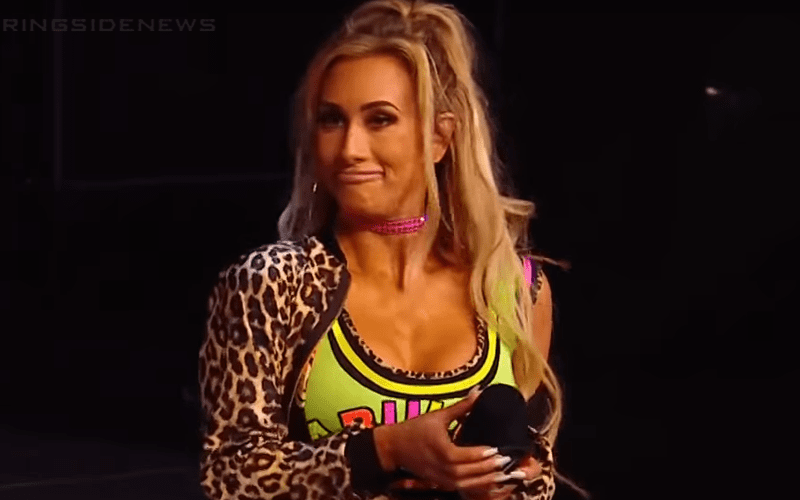 Carmella started in NXT as Enzo Amore and Big Cass’ accomplice, but when they were called up and left Mella in NXT, people feared the worse. It turns out that holding off on The Princess Of Staten Island’s main roster jump was the best thing for her career in the end.

The former SmackDown Women’s Champion and first-ever Miss Money In The Bank is currently involved in one of WWE’s most popular storylines. As she and R-Truth chase the WWE 24/7 Title, things are getting very interesting. Now that Maria Kanellis is the first-ever pregnant champion in WWE, that adds another twist that we weren’t expecting either.

Tom Colohue reports that a source in WWE told him that Carmella is “absolutely vital” in the WWE 24/7 Title picture. This is also reportedly one of the best arguments for keeping the Wild Card Rule going.

“The biggest argument for keeping the wild card rule is Carmella. She’s absolutely vital to the 24 7 scene.” – #WWE source

Carmella has been incredibly popular since teaming with R-Truth and turning babyface. She also made a great heel as champion, but Dance Breaks soon turned into chasing the WWE 24/7 Title and that formula is obviously working.