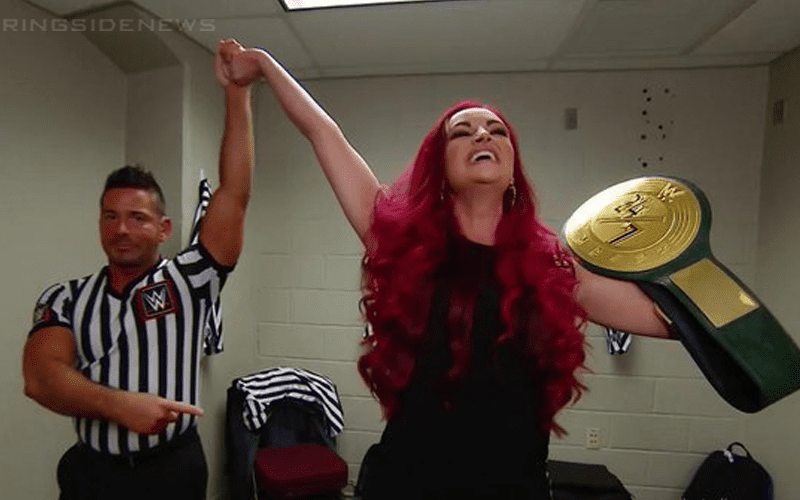 WWE has booked themselves into plenty of corners, but how are they going to pin a pregnant woman on television now? Because Maria Kanellis is pregnant with her and Mike Kanellis’ second child and now she is also WWE 24/7 Champion.

Dave Meltzer noted on Wrestling Observer Radio that he imagines R-Truth could always show up to Maria’s next doctor appointment disguised as her OBGYN, but she could always hold the title for the next seven months as well.

Needless to say, it will be very interesting to see how WWE books their way out of this one, but the WWE 24/7 Title isn’t going away. If anything, Meltzer remarked how the title could become an even bigger part of the show now.

The idea of a pregnant champion is very interesting, but if you recall they had two title changes take place during the RAW Reunion when performers couldn’t be physically pinned as Pat Patterson and Ted DiBiase lost the WWE 24/7 Title out of the camera’s view. So that’s always a possibility as well.

Either way, Mike Kanellis’ first run as a champion in WWE was very short-lived, but it resulted in his wife Maria making history as the first ever pregnant champion.