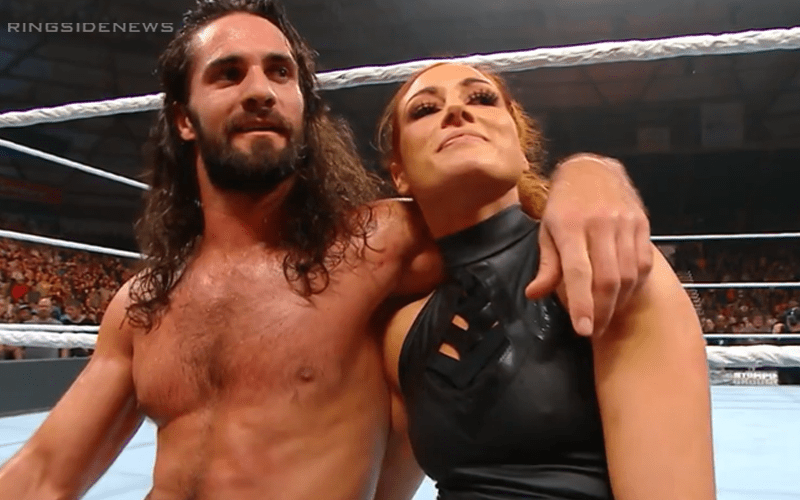 Seth Rollins and Becky Lynch are in a real-life relationship off screen and that soon found its way onto our televisions. As The Architect explained to TV Insider, it’s really all about how much attention they brought to themselves that generated interest to bring their relationship into the story.

Rollins admitted that it was a little weird at first making their relationship so public. Because they also had to take Lynch’s “The Man” persona into consideration as well. However, once they got going it only made sense because it broke up the monotony of having the face the same opponents once again.

“What’s the alternative for what we are going to do for those months in the summer. It was a cool opportunity to capitalize on something that was happening in real life, and people were excited about. When I posted that photo of her and I, announcing to the world we were together, that was easily the most liked by a landslide Instagram post.”

“The content was getting so much traffic on WWE, so it just made sense to bring it to the screen. One thing we didn’t anticipate was you have ‘The Man’ character Becky portrays. It’s so much different than her real life persona and how she is. Trying to mix in a bit of romance in that seemed a little weird to people at first.”

“You’re putting yourself out there and your relationship out there for everybody to judge. That’s not easy. It’s hard enough when you’re by yourself for critique your art. It’s a whole different deal when it’s your real-life relationship where people can say what they want about it. People can be pretty harsh sometimes.”

We have no idea how long Rollins and Lynch’s relationship will last. They seem to be having a good time now and are reportedly living together as well. However, nothing gold can stay, just ask Rollins as he recently lost the WWE Universal Title.