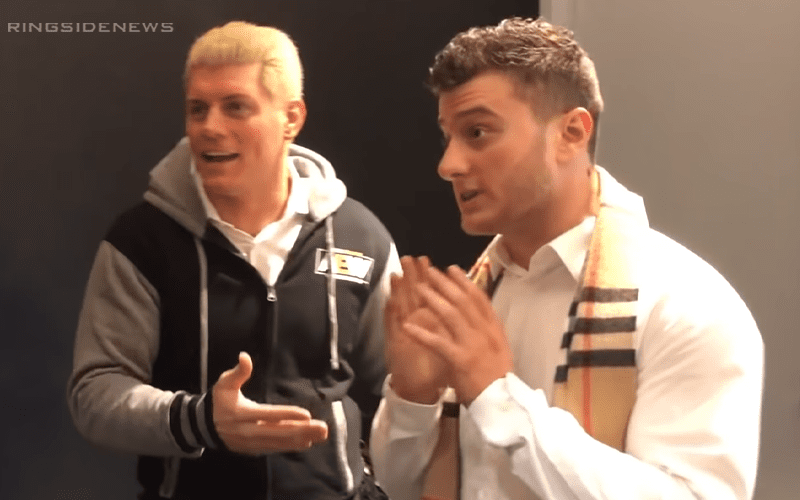 All Elite Wrestling has a lot of exciting stars that fans can’t wait to see on a national stage. MJF has to be on the top of anyone’s list, but he didn’t do it all on his own. His trademark personality might have brought him to AEW, but Cody Rhodes has been a huge supporter of his since the beginning.

MJF recently spoke to Talk Is Jericho where he shared a great story to illustrate how good Cody Rhodes has been to him. Because although Rhodes didn’t literally give Maxwell Jacob Friedman the clothes right off his back, he came very close when the Salt Of The Earth needed some threads.

“There’s literally nothing that he hasn’t helped me with. True story: I was over at his house. I realized that I forgot to bring a suit because I needed to cut a promo for this upcoming show and he went: ‘Here just take my suit.'”

“He’s just an incredible human being and he’s been very good to me and some might argue that he’s the face of this company right now. So what I’m trying to do is live up to his hype for me and the expectations that he’s laid out for me and hopefully, someday I’ll have his spot.”

MJF is in a great position with AEW. Not only is he getting consistent time on the microphone to draw heat, but he is also very well-liked by Cody Rhodes. After all, being in the favor of one of the Executive Vice Presidents of the company you work for is never a bad thing at all.