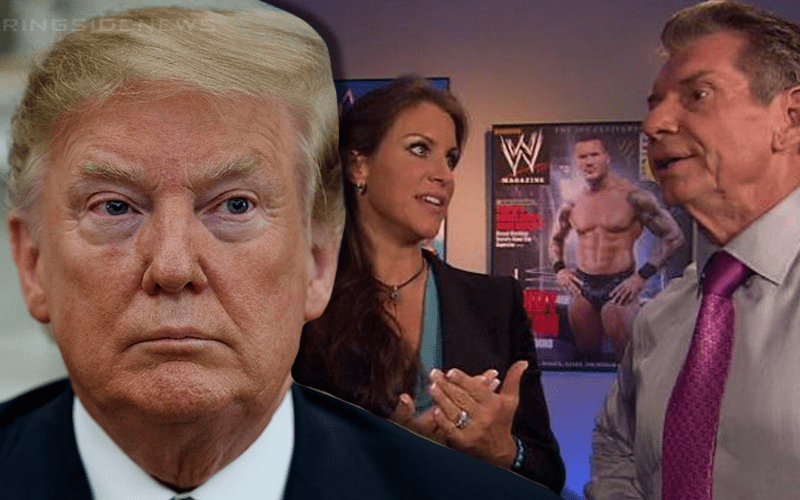 WWE needs to bring a lot of attention to SmackDown Live’s big move to Fox. They are reportedly in talks with Donald Trump’s people to bring the WWE Hall Of Famer and 45th President Of The United States on the show.

It should be noted that WWE has strongly denied these reports.

There could be an issue about what kind of speech Donald Trump might want to make, but this is why they are scheduling a meeting. Brad Shepard reports that Trump’s team already has a list of WWE names that will be at the meeting when it goes down in September.

In an update to the Donald Trump/#SDLive/Fox story, a source in #WWE told me the Trump team and an envoy of #WWE names will be meeting in September, along with folks at Fox. I didn’t ask WWE for comment because they’ve already denied this story (but they know how to reach me).

Only time will tell whether WWE and Donald Trump will be able to make an arrangement for him to appear on SmackDown Live. This is definitely a moment that could grab mainstream headlines, but we’ll just have to wait and see whether WWE is willing to go that far to snag a big rating.