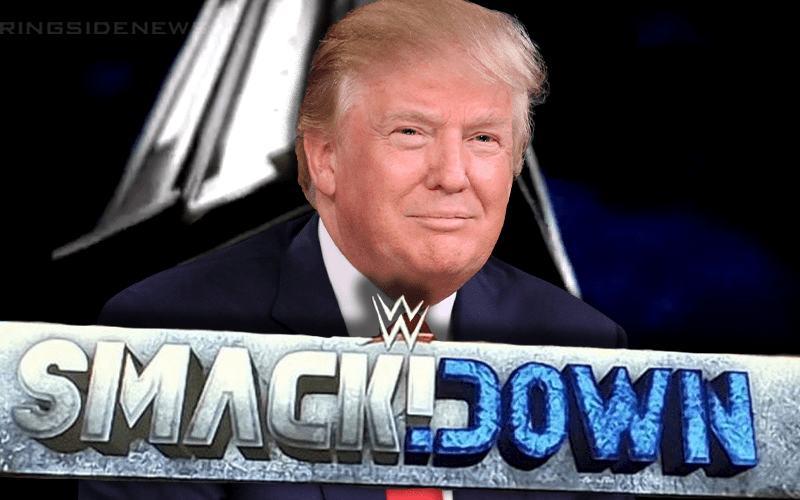 WWE needs as much attention on their product as they can possibly get. Therefore, having a WWE Hall Of Famer who just so happens to be President Of The USA make a special appearance on Fox would be very beneficial.

We previously reported that Fox really wants Donald Trump to be on SmackDown Live when they move in October. This might not happen during their Fox debut on October 4th, but they are aiming at him to make some kind of an appearance on the blue brand. Of course, WWE has denied these reports.

Now Tom Colohue reports that a source from Fox and a separate one from WWE have confirmed that “talks have progressed to the point that WWE and Donald Trump’s own team are now part of the conversation.”

It is said that Donald Trump himself has “shown an interest in appearing” on WWE’s blue brand once they move to Fox. It was also noted that they want to make sure that his appearance is “bigger than Obama.”

WWE is believed to be reluctant to give Donald Trump too much airtime for a “presidential performance.” Because Trump is known to give “very long speeches that often cover a variety of topics.” Not all of those topics are appropriate for WWE’s television show.

We will have to wait and see how this pans out, but apparently, they are still working on getting Donald Trump to make an appearance on SmackDown Live.