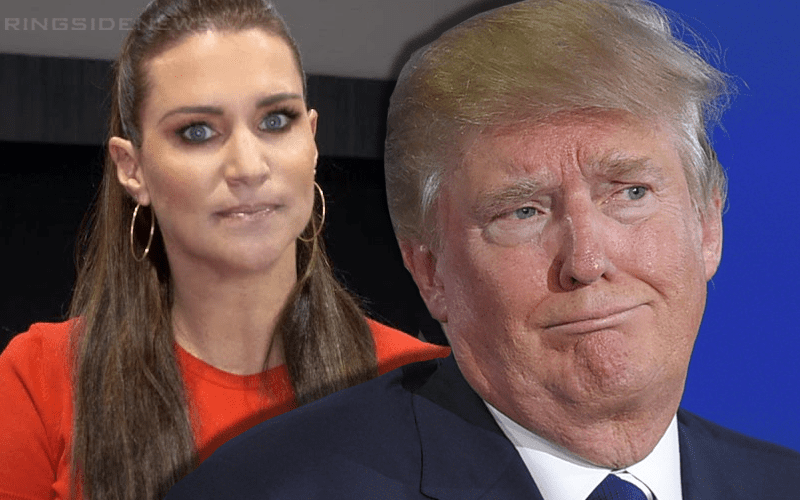 WWE is moving SmackDown to Fox in October and they realize how close Vince McMahon is with Donald Trump. The POTUS is a WWE Hall Of Famer although the company has not yet capitalized on or even mentioned this fact since Trump took office.

We previously reported that Fox executives have requested that WWE get Donald Trump to be a part of one of their shows once they make the move to their network. It turns out that this is something that WWE is reportedly working on.

Brad Shepard reports that Fox has suggested a Tribute To The Troops appearance from Trump because of how much it is said the military loves him. Apparently, Stephanie McMahon is trying to broker the deal so we’ll see if the White House returns her phone call.

I’ve confirmed a recent report from Tom Colohue which stated Fox has made a request for President Donald Trump to appear on the first #WWE #SDLive on FOX, and I have exclusive details on that situation.

A brief Tribute To The Troops appearance has also been suggested by Fox, which a source indicated would be a good idea because the feeling is that the military loves him.

I’m told Stephanie McMahon reached out to both the White House Communications Director and White House Press Secretary about this at an undisclosed date (thought to be last week). Stephanie is trying to broker the deal.

Don’t expect to see Donald Trump take part in a big WrestleMania angle even if he comes back. It might be fun to see Vince McMahon get his head shaved again, but Trump will be plenty busy working on his 2020 re-election campaign. Apparently, a stop by a WWE event isn’t off the table because Stephanie McMahon is reportedly trying to get it done.