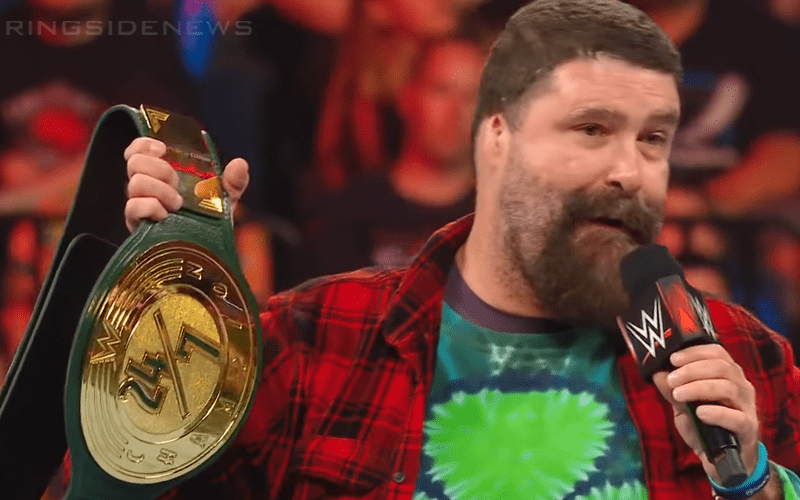 WWE introduced a new 24/7 Title, but nobody knew exactly what that title would entail, including Mick Foley.

While speaking to Saturday Night’s Main Event, Foley explained that he knew about the title going in. He had an idea that it would be something like the Hardcore Title, but it couldn’t be like the Hardcore Title. It sounded like a fun idea, and as it turns out that title has become one of the most popular parts of WWE’s television shows.

“Oh well, they brought up that they wanted to make the show a little more fun. We understood that it couldn’t be the Hardcore Title, you can’t do the things that we use to do to each other in this current era. And I thought it sounded like fun, like, I was in. And I get asked about things that I don’t [want to do]. You know, it’s like, ‘No, this doesn’t sound like the right fit.’ And this one did sound like fun. So much so that I was going to go to London — not London Ontario, either, but the United Kingdom. And this was one week after I would have returned from doing a few appearances for the Undertaker in the UK. So I was all in.”

Mick Foley is a legend in this business and he’s done a lot of different things in his time. Introducing and being part of the WWE 24/7 Title’s history is just one of the many things he’s been able to be a part of. It seemed to work out as well, but it might not have gotten the best start.