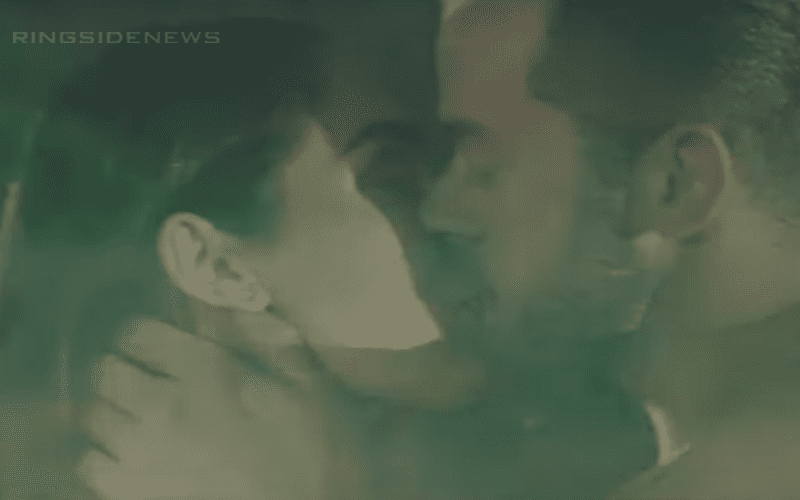 Nikki Bella is really into Artem Chigvintsev. The two are obviously not afraid of a little PDA even if that means that there is a lot of PDA going on.

Now the two love birds are featured in Rita Ora’s new music video for “Let You Love Me.” As you can see from the video below, there was a lot of love going around on the set that day.

This steamy video starts out with a dance, but that’s how their relationship started anyway. After all, they were partners on Dancing With The Stars. Then Nikki obviously fell for her dance instructor.

If you’re wondering about John Cena, he’s still doing just fine. So there’s no need to worry about him getting jealous. After all, he’s not that type of guy according to Nikki as she later admitted that she does have a jealous bone in her body.

Fun fact: The two are dancing on a set that was originally built to be the Batcave in The Dark Knight. Yep. We’ll just stop while we’re ahead here.