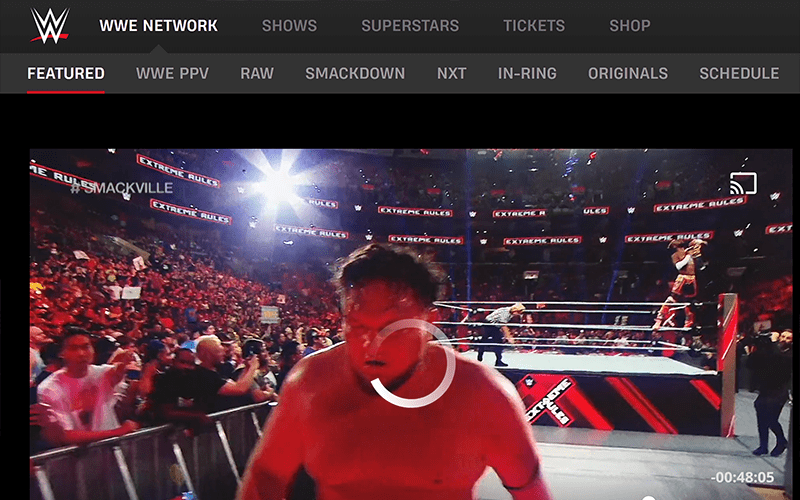 WWE Network should have refreshed their layout for all users at this point, but not everyone is happy about it. Because some fans were stuck looking at a pinwheel going around forever and nothing ever started when they went to watch the Smackville special tonight.

WWE Smackville was tonight and it could have been used as a tryout for the new WWE Network design. We were able to watch the special just fine, but other fans weren’t so happy.

There were reports of the WWE Network having trouble on iOS and fans reported that Chromecast wasn’t working either. These were both formats that should have been compatible with the new WWE Network update. Other platforms had awful issues with syncing the program’s audio with the action.

You can check out some fan testimonials who used their voice on the IWC to let their frustrations be heard. Hopefully, WWE will be able to fix these issues by the time Summerslam rolls around.