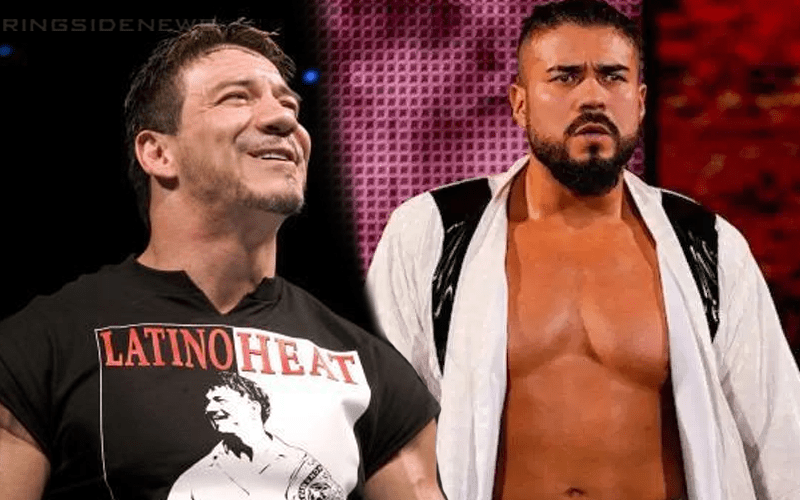 There have been tons of legendary pro wrestlers to grace the squared circle who have their own unique spin on the art form. Eddie Guerrero is widely regarded as one of the greatest to ever lace up his boots and his legend is so great that Saudi Arabia has even requested that he make an appearance during a WWE event despite the fact he tragically passed away in 2005.

Chavo Guerrero is Eddie’s nephew and the two had some amazing battles in the ring against each other and on the same team. He certainly noticed that Andrade has started paying homage to his Uncle Eddie by doing his Three Amigos suplex, but as he explained to Wrestling Inc, that only keeps Eddie’s amazing memory alive.

“Anybody who does that move is a tribute to the person who originally did it. You emulate people because you see something that works and that you’re a fan of. Obviously, Andrade is a fan of Eddie and of that move-set … So hat’s off to him. That’s great that he’s keeping the memory alive.”

Andrade has been on the cusp of a big push for a while now. His hard work in learning English better has certainly paid off as well. Now he can cut his own promos, although it’s arguably not as good as when WWE lets Zelina Vega speak for him.

He is very fun to watch in the ring as well so as the former NXT Champion continues his path to greatness, Chavo has no problem with Andrade using Eddie Guerrero’s move to get there.