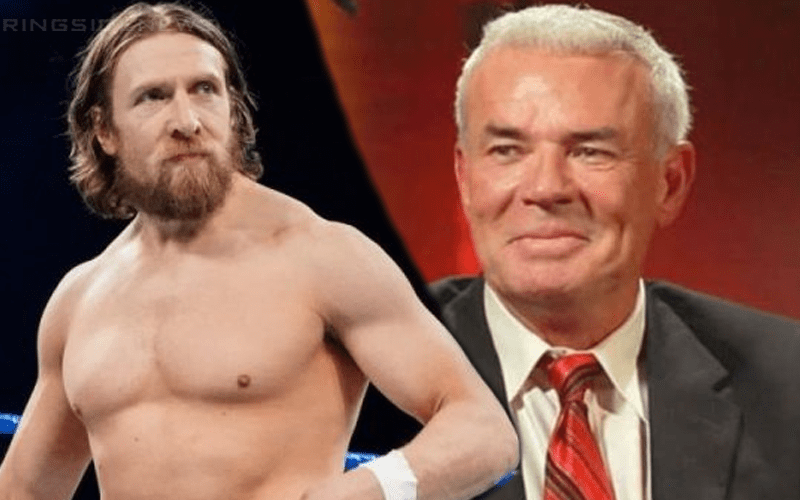 Daniel Bryan was poised to make a big announcement on SmackDown Live a couple of weeks ago, but then he didn’t say anything. This turned into him not even showing up the next week because he was on vacation.

A source in WWE reportedly told Tom Colohue that either Kofi Kingston needs to lose the title or he has nobody to wrestle. This is where Eric Bischoff’s plan for Daniel Bryan could some into play. Because Easy E apparently sees a main event player in Daniel Bryan.

“Daniel Bryan does great work in wrestling and in promos. Eric respects that. He wants to see a lot more of it. Bryan’s going up the card for sure.”

“He’s (Bischoff) learned over the years that people with creative control are a problem. He doesn’t want to oversee Shane McMahon.”

This push for Daniel Bryan could be very good for Rowan as he has been tagging along with Bryan for a couple of months now. They weren’t supposed to be tag team champions at all, but that spot was figured out after Bryan was injured at WrestleMania and officials weren’t certain how long it would be until he was able to make a return. Obviously, things turned out to be okay in that regard because Bryan was able to come back shortly after.

Bryan being elevated to the top heel spot on SmackDown Live could also mean that Shane McMahon is going to be getting less of a push as the top bad guy on the blue brand. This could certainly be a welcomed change of pace as well.