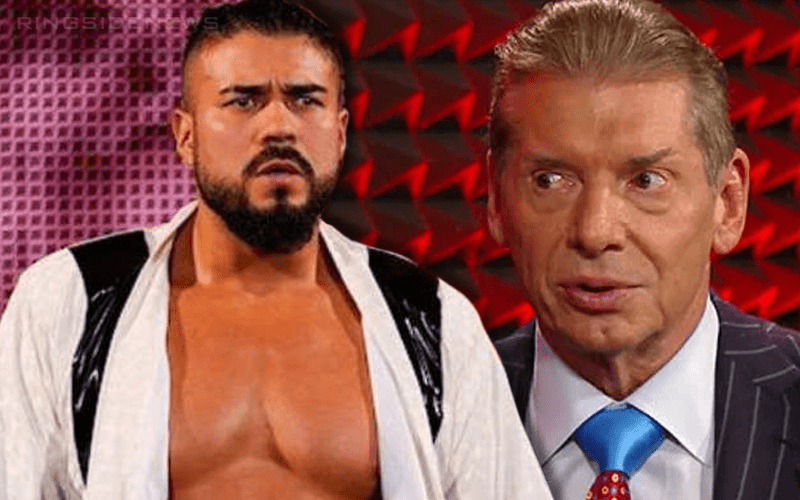 Andrade is in the middle of a push in WWE right now. He is focused for Money In The Bank this Sunday and could be a favorite to win the match, but it took a lot of work.

Not only did Andrade have to maintain a top performance level in the ring, but he also needed to brush up on his English.

Wade Keller had someone in the know call in to the PW Torch Raw Recap show where they revealed the situation around Andrade asking fro his push in WWE. Apparently, Vince McMahon had a very blunt request before he would even consider pushing the former NXT Champion.

Andrade reportedly went to Vince McMahon’s office to ask for his push. This is when Vince McMahon looked him and said, “Learn some English and get back to me.”

The former Andrade Cien Almas has been taking English language classes and working hard at his English skills. Now he can cut a promo in English and has spoken recently way more than he had in the past. This resulted in his push.

We previously reported that Vince McMahon decided to give Andrade a push because his English improved as well.

It makes sense that Vince McMahon wants top Superstars who can communicate with the fans, but Zelina Vega was doing a great job at that as his business manager. Now it looks like Andrade can speak for himself which is what McMahon wanted.