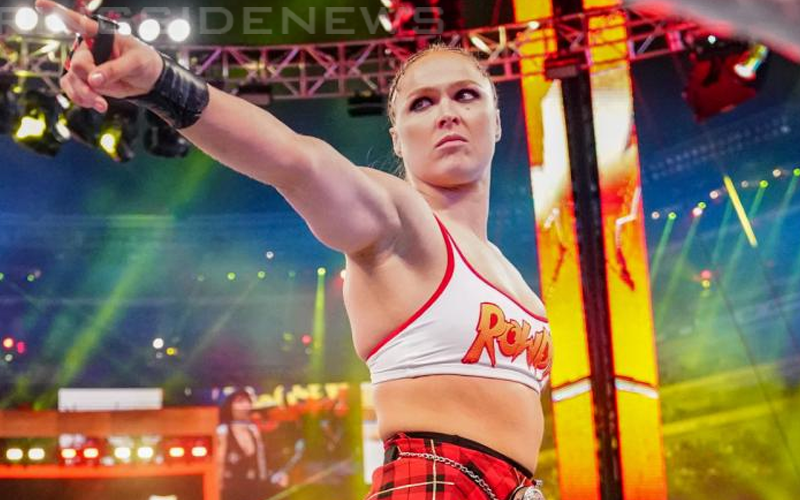 Ronda Rousey took off after WrestleMania 35 and we haven’t seen her in a WWE ring since. With WWE’s Fox deal coming up in October they could certainly use Ronda Rousey’s star power. Now it looks like we could be seeing her return soon enough.

It’s only July, but WWE is already selling calendars for 2020. In a very interesting note, Ronda Rousey is prominently featured on the cover both versions of full-sized official WWE calendars that they are selling on the WWE Shop.

One of the calendars features only women, but Rousey is also the only female featured on the cover of the calendar that features both male and female Superstars. This is very interesting.

We will have to wait and see if this means anything specifically or whether it is just WWE using Ronda Rousey’s image because they can. We have heard reports that Rousey’s WWE return is inevitable.

It is incredibly interesting that when given the choice to have any female featured alongside Roman Reigns and Braun Strowman that they picked The Baddest Woman On The Planet.