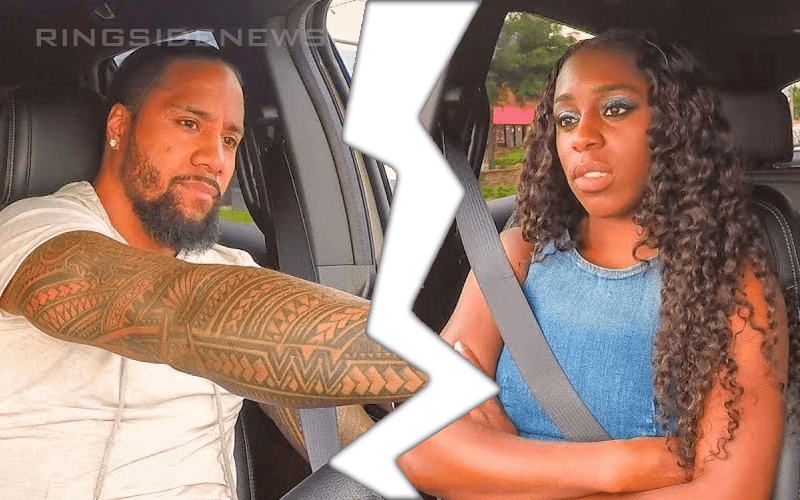 Jimmy Uso was arrested this morning and charged with a DUI as well as given a speeding ticket. This situation could be even worse for Uce when he gets home.

Brad Shepard reports that those in WWE are concerned about Jimmy Uso’s recent actions. This could also reportedly mean that he is risking losing it all, including his marriage.

I’m told there’s a concern that his behavior could cost him to lose everything, including his marriage to WWE Superstar Naomi.

Hopefully, things aren’t that bad and Jimmy and Naomi can work through this issue. However, this wasn’t his first recent arrest.

Naomi was thankfully driving in Detroit when she was pulled over for accidentally going the wrong way down a one-way street. This happened because Naomi wasn’t familiar with Detroit’s layout, but Jimmy Uso also hopped out of the car and tried to fight a police officer.