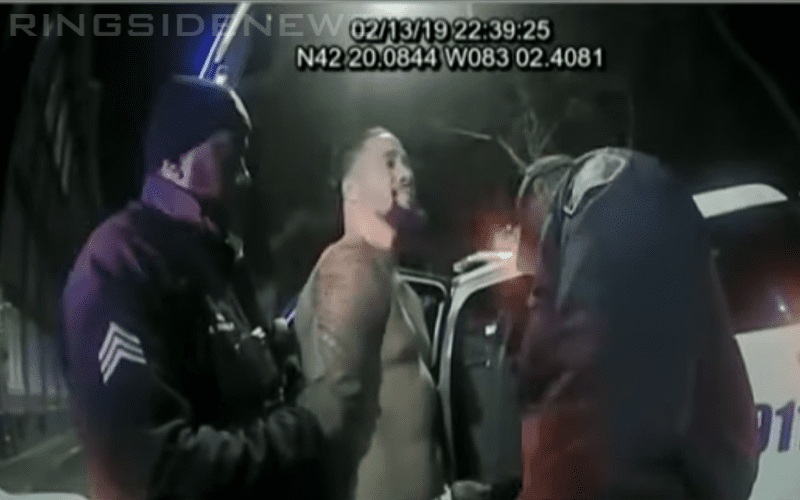 Jimmy Uso was arrested in Detroit after Noami went the wrong way down a one-way street. It didn’t take her long to realize that she made a mistake and she was quite open about this incident.

Naomi was not ticketed or arrested, however, Jimmy Uso did take his shirt off and squared up with a police officer looking to fight. So Uso was arrested for disorderly conduct and obstruction.

This arrest occurred just days before The Usos won the SmackDown Tag Team Titles. The footage shows the entire event go down as Naomi explains to police that her husband was intoxicated and she answered all of their questions very calmly while asking what she should do next such as call a bail-bondsman. Meanwhile, Jimmy Uso was pretty intoxicated in the back of the police vehicle.

You can check out the footage below courtesy of NBC 4.