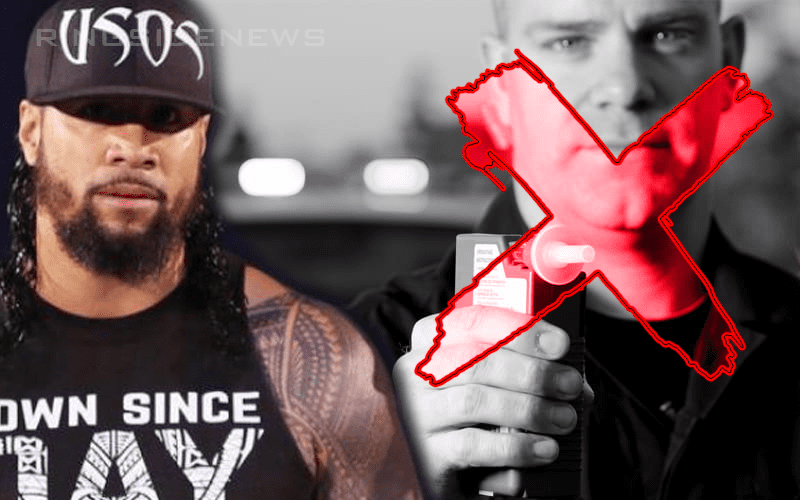 Jimmy Uso was arrested on a DUI charge very early this morning. The good news is that he is now out of incarceration status, but it still can’t be a good day for him considering how it started.

TMZ now reports that Uso was speeding when a cop noticed him around 3:00 AM this morning. He was also said to be driving erratically.

Then once the police officer pulled him over, Uce reeked of alcohol and he refused the police officer’s request for a field sobriety test. That is not a good look and a terrible move to make if you’re trying to get out of a DUI.

We’re told when the cop pulled the wrestler over, he reeked of alcohol … and when the officer tried to administer DUI tests on Uso, he refused.

Jimmy Uso (real name Jonathan Fatu) was then charged with a DUI and the cop also gave him a speeding ticket for good measure. It should be noted that the DUI was the reason why he had to spend some time behind bars this morning.

At least Jimmy didn’t get out and try to square up with the cop like he did in Detroit when his wife Naomi was driving.