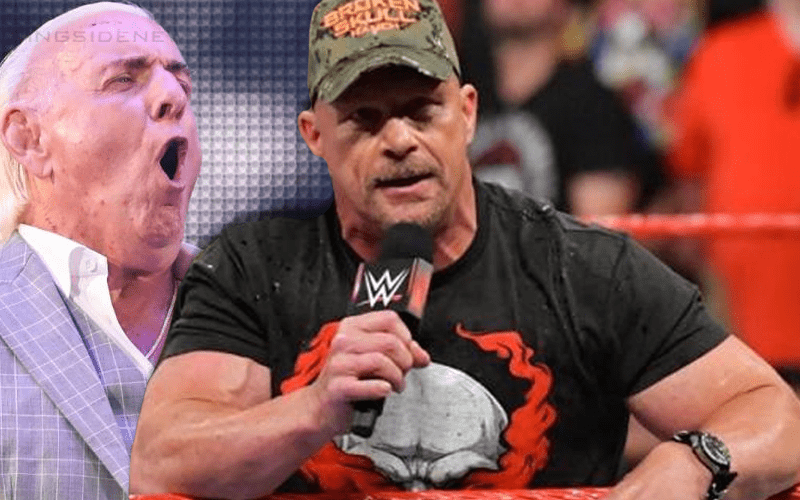 WWE’s Raw Reunion might not have been the greatest show they ever put on, but it featured a ton of legends. One thing about a gathering like that is that people tend to party, and that is exactly what happened.

Mark Henry discussed the entire Raw Reunion events on Busted Open Radio, but it was the after party that was really the highlight of the night.

There were celebs of all kinds backstage too. It seems like everyone wanted to be a part of WWE’s big night even if they weren’t featured on television.

“It was a really, really good experience. It was like a family reunion. There was a couple of people that didn’t didn’t agree, it didn’t break out into a fight or nothing, or an argument, but there was a couple of times where there were stories and people said, ‘No, no, that’s not how it went.’ And you know, that kind of thing, but I got to see so many people that I hadn’t seen in a long time.”

“There were a lot of celebrities in the back,” Henry recalled. “Musicians, and MMA fighters. It was just like WrestleMania. The biggest thing – the setup. They had a lounge set up with all these big comfortable chairs, and fruit and drinks, and all kinds of stuff set up in a lounge for the Legends, and it was called the Legends Lounge. And they ain’t never done nothing like that at WrestleMania before. It rivaled WrestleMania as far as the presentation and the set up.”

“If you can visualize this – you walk into the door and here’s a table with all these fruit bowls, and carrots and celery, and dips and drinks, and all kinds of potato chips of every brand, a little dessert tower, and then you see just from 20 yards of big couches, with little tables and tablecloths on them, and welcome signs. I’m like, ‘Man, this is some VIP-type stuff, I’ve never experienced that.’ So, they did it really, really well and it was a really good job at making everybody feel at home and comfortable.”

The real party was going on where ever Ric Flair was. It seems like Steve Austin wasn’t too far behind because Henry revealed that the two had a blast throwing back booze while getting “lit.”

“Ric Flair. The doctor gave him a clean bill of health and said it wasn’t the alcohol, it was your heart, and he got that fixed. Him and Steve Austin got lit, I mean… [whistles]. Ric Flair, he did everything but take his clothes off. He danced in the bar, he did the whole ‘Naitch’ thing. It was pretty damn special, man. It was pretty special, glad I got to see that again.”

Ric Flair is going to continue living life to the fullest and you can’t fault him for that. Hopefully, he will be fine and apparently, it was his heart and not the alcohol. So let’s all have a round on Naitch.