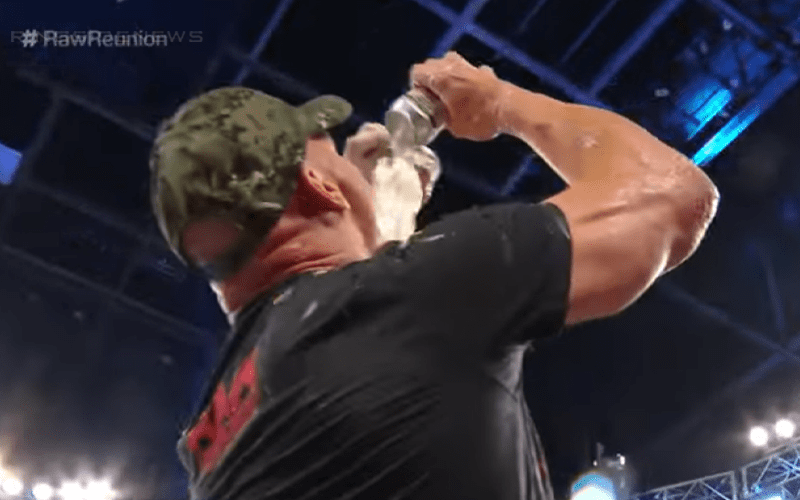 The cameras might have stopped rolling at the RAW Reunion, but the good times didn’t. Because Steve Austin was there and he brought a ton of Broken Skull IPA beer to share.

When the RAW Reunion was off the air, Lilian Garcia wasn’t the only one who took a shower in alcohol. Because Austin had plenty of beer to go around. The fans in Tampa were excited to watch history go down as so many legends shared in this moment hosted by The Rattlesnake. Then they left him alone in the ring to party it up.

You can watch the video below to see all of the fun unfold. Of course, there was a lot of beer for Austin and since it’s his, he had no problem wasting a lot of it. Because that’s how he rolls.

It was great to see Steve Austin back on RAW and since he’s game to come back for a RAW Reunion every year it’s possible that this could become an annual event.