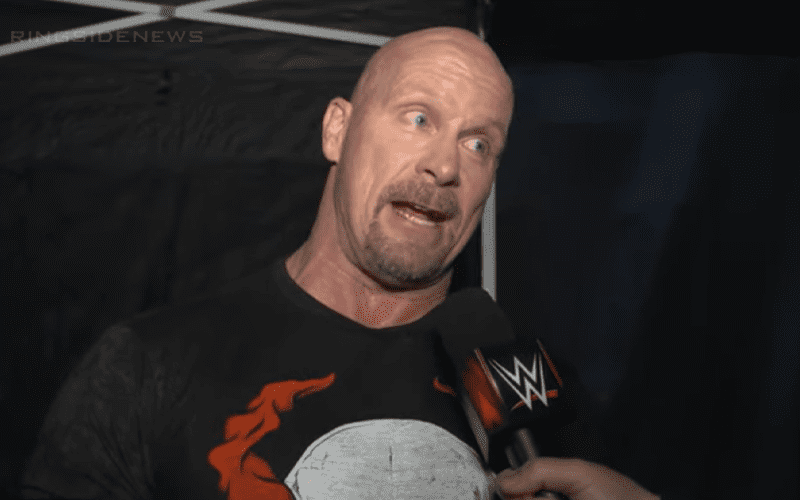 Steve Austin made a big return at the Raw Reunion last night during the show’s closing moments. Then he stuck around after it was all over the poured beer all over Lilian Garcia after the cameras stopped rolling. He was obviously in a good mood.

The Rattlesnake spoke to WWE backstage after the event where talked about how great it was to be back. He also clarified that the beer he was covered in was his own Broken Skull IPA and not just any old Steveweiser.

Stone Cold said that it was a great night and he’s game to come back for any Raw Reunion that WWE holds so he hopes they do this kind of things every year. After all, this is a lot more fun than trying to entertain people at home.

Austin was obviously in a good mood which is a much different side from the usual blue-eyed Rattlesnake that we’re used to, but it was a welcomed change to see Austin so happy and not throwing around middle fingers and stunning everyone he sees, right?