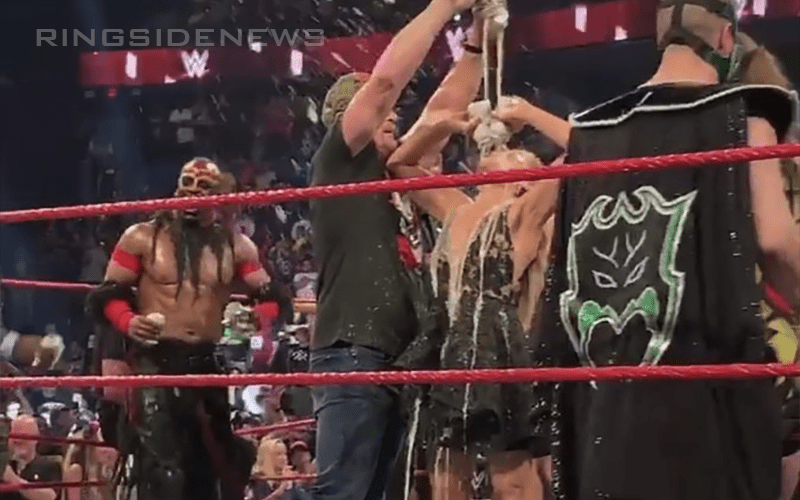 WWE’s Raw Reunion was a great night for the legends who showed up for a rare chance to revisit WWE. Plenty of people took part in the event, even Lilian Garcia and she was thirsty.

“Stone Cold” Steve Austin showed up to end the broadcast and he had plenty of Steveweisers too. The Rattlesnake was in a very generous mood and shared with Lilian Garcia in a big way.

What happened next was an out-right beer bash in the ring after the show was off the air. Garcia was soaked after taking a shower of beer, but everyone had a great time. You can check out the video footage below to see how crazy it got when the cameras cut out.

Only time will tell when WWE will hold another big reunion special, but it looks like they might have had more fun when the cameras were off.