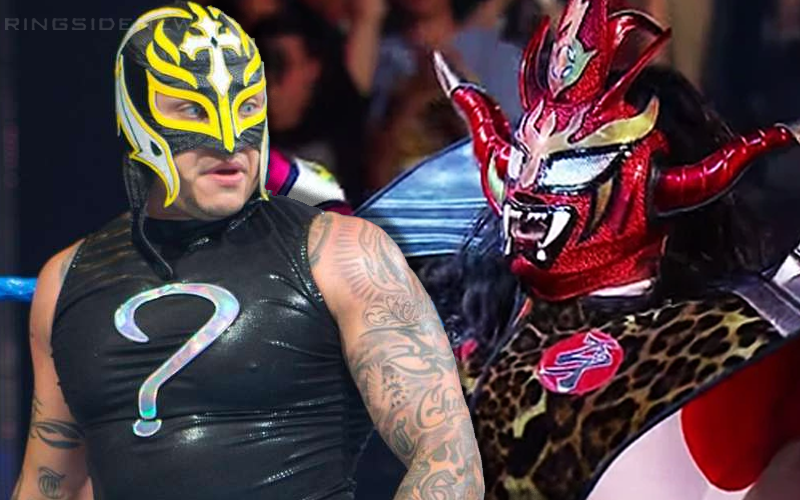 Rey Mysterio returned to WWE last year and he came out of an indie wrestling scene that was thriving. However, one big match Mysterio was supposed to have in NJPW never transpired as a match against Jushin “Thunder” Liger needed to be cancelled due to Rey suffering an injury.

While on a panel at the San Diego Comic-Con, Rey Mysterio was asked if he could see himself wrestling Jushin “Thunder” Liger in one match before Liger retires in January 2020. Due to Mysterio’s current contractual restraints it’s not looking likely.

“I see that very hard to happen unless somehow, some way Liger ends up being in WWE for one match. I see it hard to happen, but I would have loved to have done it when the time was right which was last year.”

The biggest question is whether Vince McMahon would even consider it and judging by the fact that he might not even know who Jushin “Thunder” Liger is because he’s never been in WWE it’s highly unlikely.