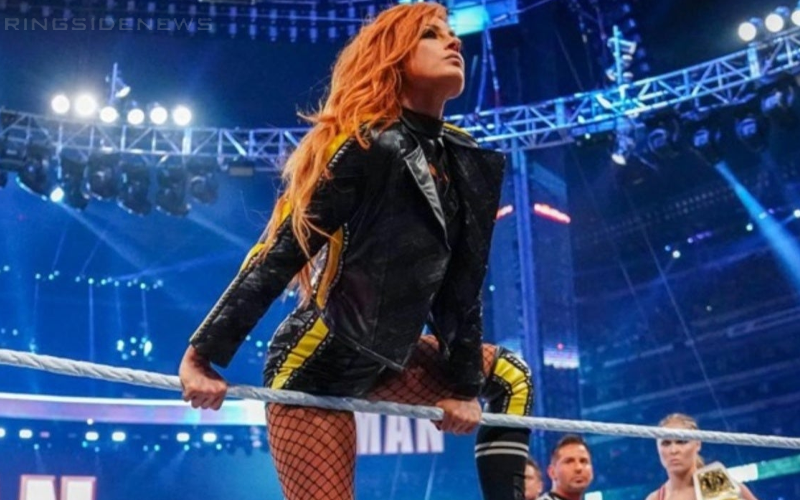 Cosplaying is the act of dressing up like a character from any medium of pop culture. Some drew immediate similarities to Becky Lynch’s wrestling gear as she looked strikingly like Uma Thurman’s Bride character in the Kill Bill movies. This was not an accident at all.

During a panel at San Diego Comic-Con, a question was asked about cosplaying with their entrance gear. Becky Lynch admitted that she really only did this once with her latest wrestling attire, but there was a very good reason for it.

“For me I think my last gear is the only time I’ve actually drawn from pop culture the Kill Bill inspired gear. It was just a reminder to me of all the people who had done me wrong early in my career. The fact that The Man is collecting her debts… y’all remember Nattie beating me up? Yeah, I remember that — I’m coming for her at Summerslam.”

Becky Lynch’s journey to becoming The Man really did include a lot of retribution along the way. Her story does greatly resemble Beatrix Kiddo when you really think about it. So this makes even more sense.